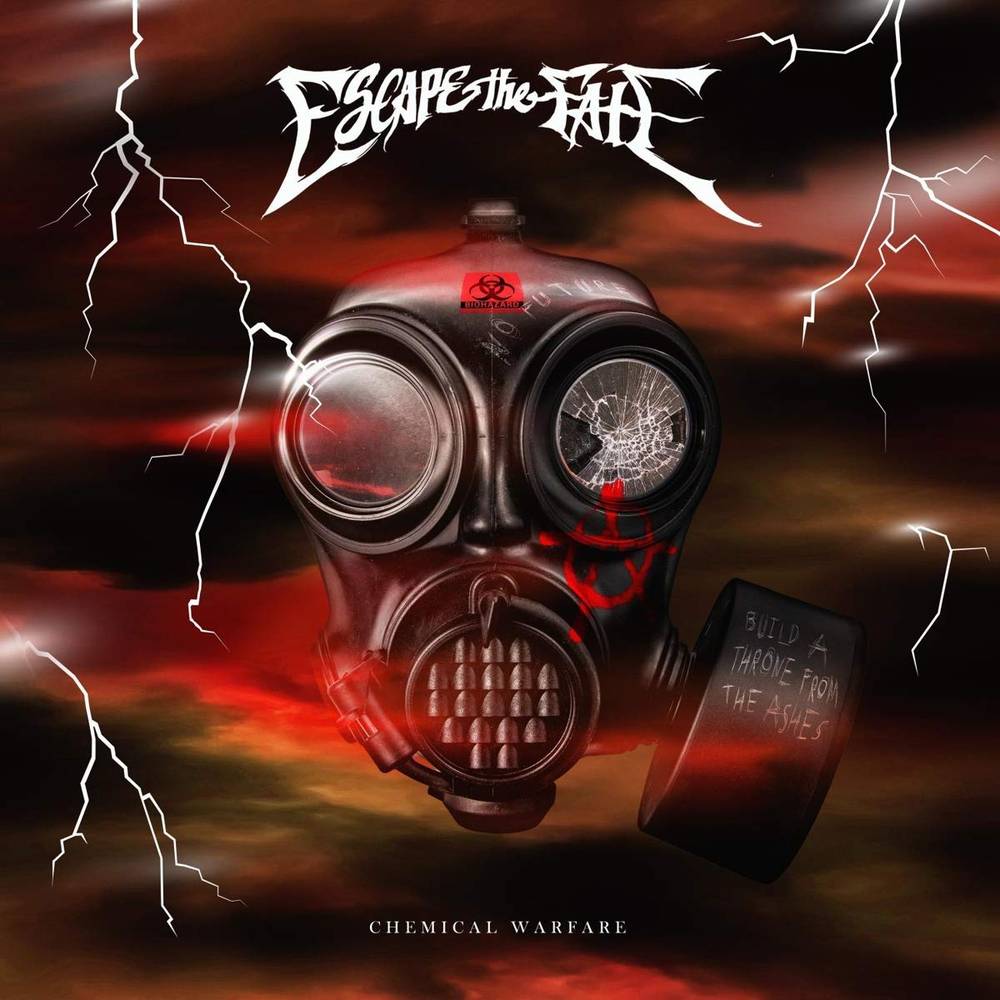 2021 release. Escape the Fate's seventh full length studio album, Chemical Warfare, include tracks such as "Walk On" and "Invincible (feat. Lindsey Stirling)." The band captures roughly 2 million monthly listeners across streaming platforms each month. Past releases have had success on the Billboard charts, such as hitting No. 1 on their Hard Rock Albums charts three times and working with A-list producer, John Feldmann. Their upcoming release also features collaborative efforts with blink-182 drummer, Travis Barker. Chemical Warfare is Escape the Fate's new chapter in their bold future.