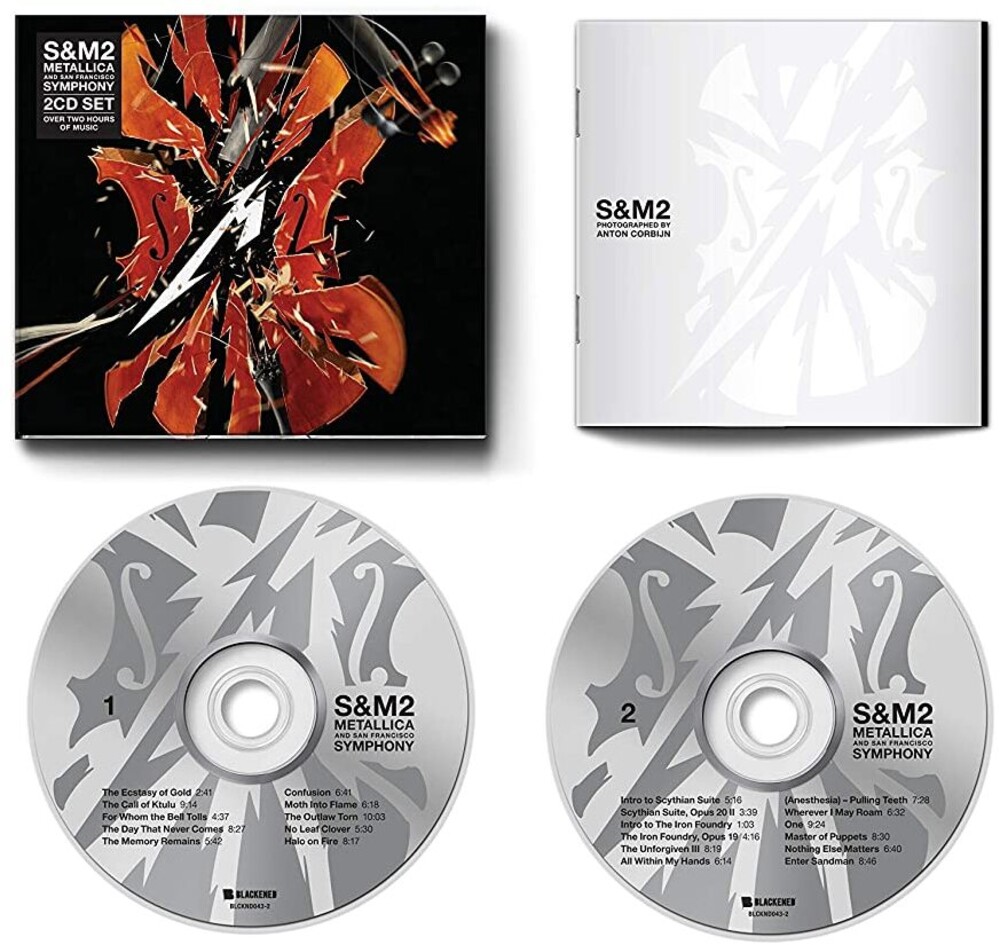 2CD: S&M2, the live set from Metallica & The San Francisco Symphony is the concert event of the year! S&M2 features 20 songs (over 2.5 hours of music) from the two-night event that opened San Francisco’s new Chase Center, with many Metallica fan favorites and 2 unique classical songs chosen by San Francisco Symphony Musical Director Michael Tilson Thomas. S&M2 has newly re-mixed and remastered audio for a whole new sound from the original theatrical run in October 2019. The 2CD set includes two CDs and a 36-page booklet featuring photos from the show by Anton Corbijn.