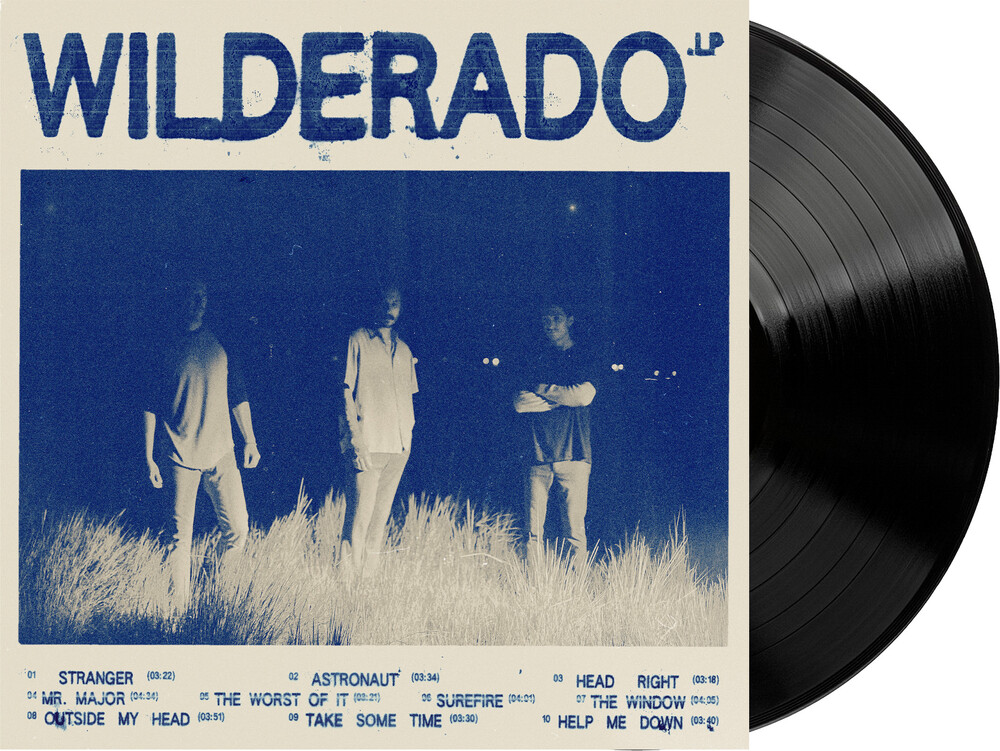 It's that collision of beauty and imperfection, of hope and human frailty that defines Wilderado's gorgeous new EP, 'Favors. ' Recorded with production mastermind Phil Ek (Father John Misty, Fleet Foxes), the collection ushers in a new era for the Tulsa rockers as their already-epic sound pushes into more nuanced and mature territory than ever before. An arresting confluence of soaring melodies, lush harmonies, and driving indie rock, 'Favors' is the band's most collaborative work yet, bearing the distinctive writing influence and unique sonic sensibilities of all four members (lead singer/guitarist Max Rainer, bassist/vocalist Colton Dearing, guitarist/vocalist Tyler Wimpee, and drummer Justin Kila). The group released a pair of EPs-'Misty Shrub' and 'Latigo'-in 2016 and a collection of singles in 2017 to widespread critical acclaim, with Consequence of Sound hailing the music as "glorious" and Pastelaudingits "South-Central Americana-meets-Laurel Canyon vibe. " Praise across the pond was similarly effusive, with NME highlighting the band's"impressive harmonies" and Clash falling for their "natural grace. " Thesongs racked up more than 15 million streams on Spotify and helped Wilderado earn festival performances from Bonnaroo to Sasquatchin addition to dates with Band of Horses, Lindsey Buckingham & Christine McVie, Judah & The Lion, and more. When it came time to cut 'Favors,' Rainer and his bandmates headed north for nearly two weeks of intensive recording sessions at a pair of Seattle's most storied studios: Avast!, which has played host to Death Cab For Cutie and The Shins among others, and Hall of Justice, which in it's various iterations has welcomed the likes of Nirvana and Sleater Kinney. In both studios, Ek helped the band bring their signature sound to new heights, capturing all the grandeur and drama of their arrangements without sacrificing any of the grit or muscle behind it. "We wanted big guitars, big cymbals, big drums, big vocals, but we still wanted it to come across pretty," explains Rainer. "We were always looking for opportunities to play chords with open strings so we could get that jangly, single coil sound where the amp is being pushed but it hasn't started to distort yet. Phil would have six or seven mics set up on a single amp so he could fade between all of them to get that guitar sound just right. "Beyond his technical prowess, Ek also proved to be a master of harnessing the band's raw emotional power, pressing them to dig deeper in the studio than ever before and drawing out the kind of unforgettable, potent performances that raise the hairs on the back of your neck. "It was the first time I had somebody really push me," reflects Rainer. "He had so much advice, and it was such a great combination of being out of my comfort zone while still feeling like he was leading us in a safe direction. "One listen to 'Favors' and the band's remarkable growth is immediately apparent. The EP opens withslow-and-steady build of 'You Don't Love Me," a candid slice of self-reflection that sets the stage perfectly for a collection unafraid to take a critical look in the mirror, juxtaposing magnificent musical arrangements with lacerating lyrics and a heartrending delivery. The explosive "Siren" finds Rainer tackling an existential crisis of faith and doubt, while the track (produced by frequent Sufjan Stevens collaborator James McAlister)draws inspiration from the hurt and fear that underlie our divided political climate, and the infectious"Sorrow" brings it all back to the importance of listening as a pathway to personal progress. "There's no lesson you can't learn when you listen first," Rainer explains. "A huge part of listening is understanding that you're flawed, but that doesn't mean you're worthless. There's beauty in that, which I hope comes across in the music. "Indeed, that beauty is the EP's hallmark: the beauty of radical honesty, the beauty of self-actualization, the beauty of metamorphosis. Ultimately, the music'semphasis onreflection isn't about judgment at all, but rather the growth that comes from turning weakness into strength. In that sense, 'Favors' is the sound of a band pushing their boundaries beyond what was previously possible in order to fully become themselves. "We wanted to make something that truly defined us," concludes Rainer. "Who knows what the future holds, but right now, this is the sound of Wilderado. "