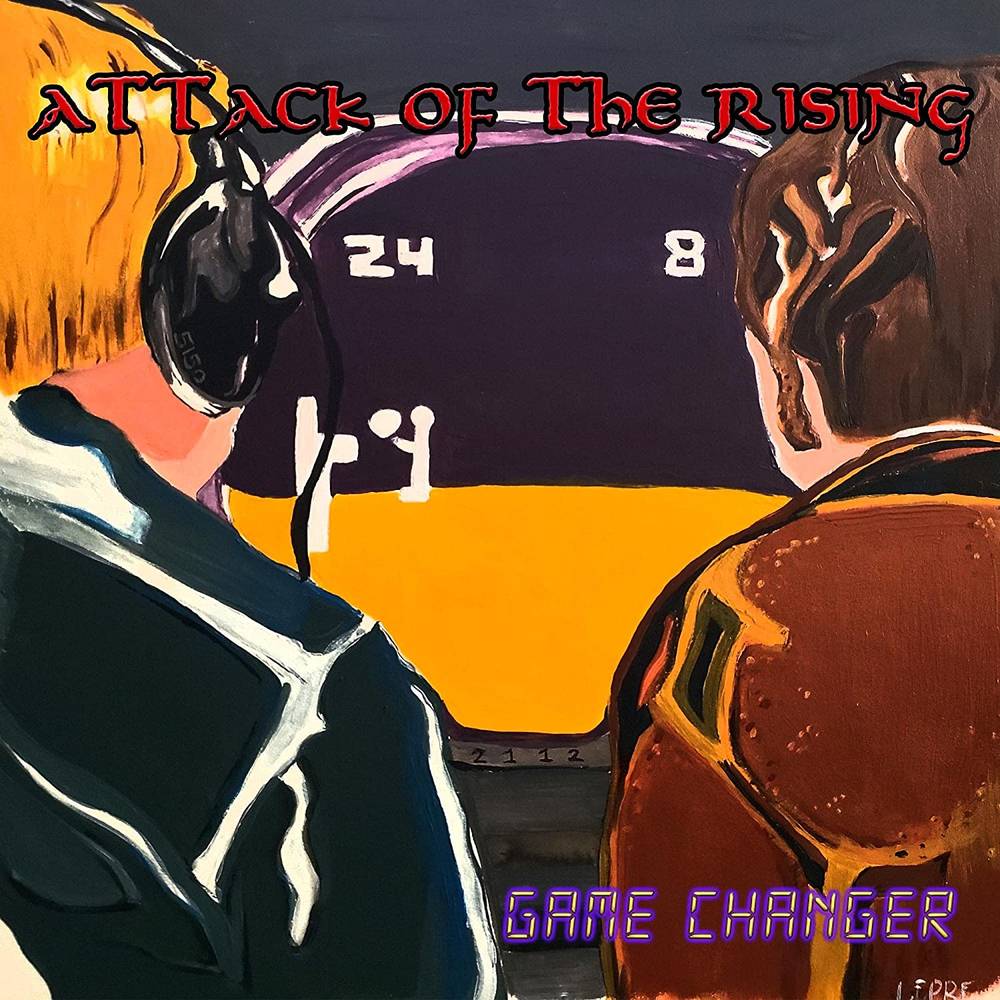 Los Angeles based metal outfit in the vein of Armored Saint, Testament and the like, ATTACK OF THE RISING has been in existence since 2009 but only recently solidified their lineup with the addition of former Axehammer frontman Mandrake and ex Rude Awakening guitarist Billy Sablan who both came aboard in time to write and record the Bill Metoyer helmed ‘Game Changer’ album.

Spending as much time as possible on the road in the mid 2010s the band has done dates and /or toured with the likes of Diamond Head, Warrior, Armored Saint and Metal Church as well as lending their talents to support charities for cancer, homeless veterans and more.

“On the Horizon'' opens Game Changer with all the subtlety of a kick to the throat. Chris Lepre’s bombastic drumming coupled with his brother Tony and Billy Sablan’s twin guitar punch set up, and the old school Testament thrash riffage that the song then breaks into; sets the tone for what you’re getting here. Pure, melodic mayhem. The band’s early 80s East and West Coast Metal and NWOBHM influences shine through on tracks like “Gargula,” Gargoyle subject matter, taking the view they are here to protect mankind), the raw intensity of “Burning Daylight,” (the blue collar struggle and how society in general, is in need of overhaul) and “Last Stand” (“We took 70’s riff rock, modernized to Heavy Rock with the message of this is humanity’s last stand”) set themselves off perfectly from the groove attack of “Eyes Closed” (“the first song we all wrote together, killer groove rock about suicide and total disillusionment with life) and the epic feel of “Opus X” (“A day in the life of any of us, and how we all have been in places and circumstances in life we don't want to be in, with light of hope at the end of the tunnel”). What you get with Game Changer is a work of art that appeals to all metalheads, old and new school fans alike.