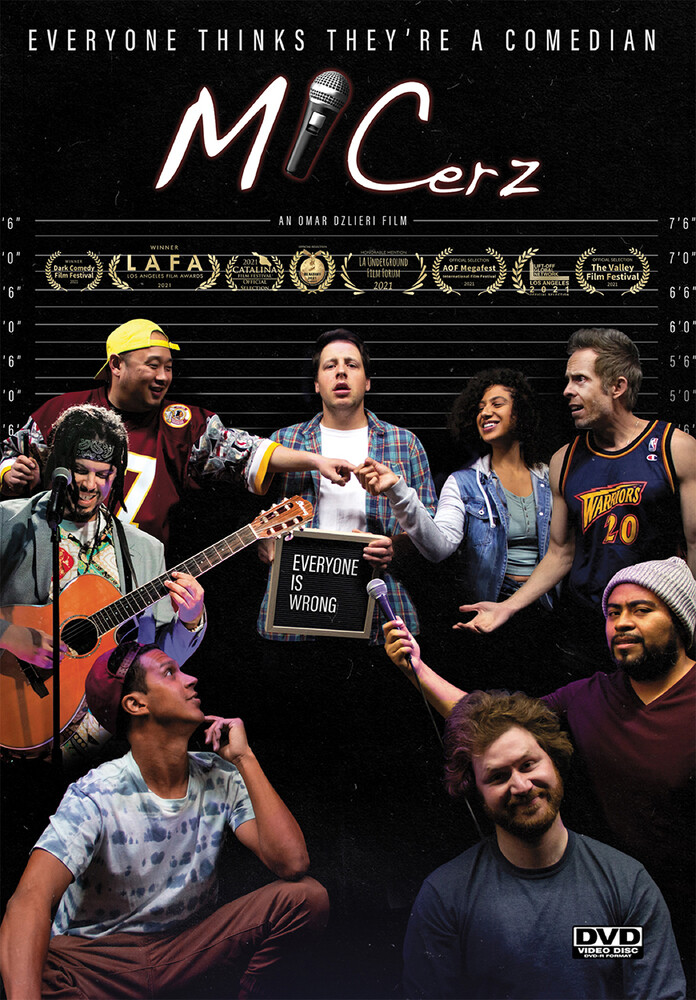 MICerz is based on the true story of an underground comedy club and it's comedians. It's Stand-Up Comedy by way of Rocky. Arnold is in his late 20's and has lived his entire life by not living it at all... until he moved to LA with his girlfriend, Mary, from Ohio to pursue a career in comedy. After the move, Arnold is mooching, drinking, and self-destructing... while never stepping foot onstage of a comedy club. After Arnold gets a DUI, Mary bails him out and breaks up with him. Arnold has to live out of his van, until it breaks down leaving him stranded in the parking lot of The Bomb Shelter - an underground comedy club home to LA's most vile and raunchy comics. The owner, Dave, a failed musician and stand-up comic, allows Arnold to live outside The Bomb Shelter in exchange for Arnold's help in fixing up the place. As Arnold navigates where to go from here - he discovers a world of stand-up he never knew existed and an unlikely family he never knew he needed.