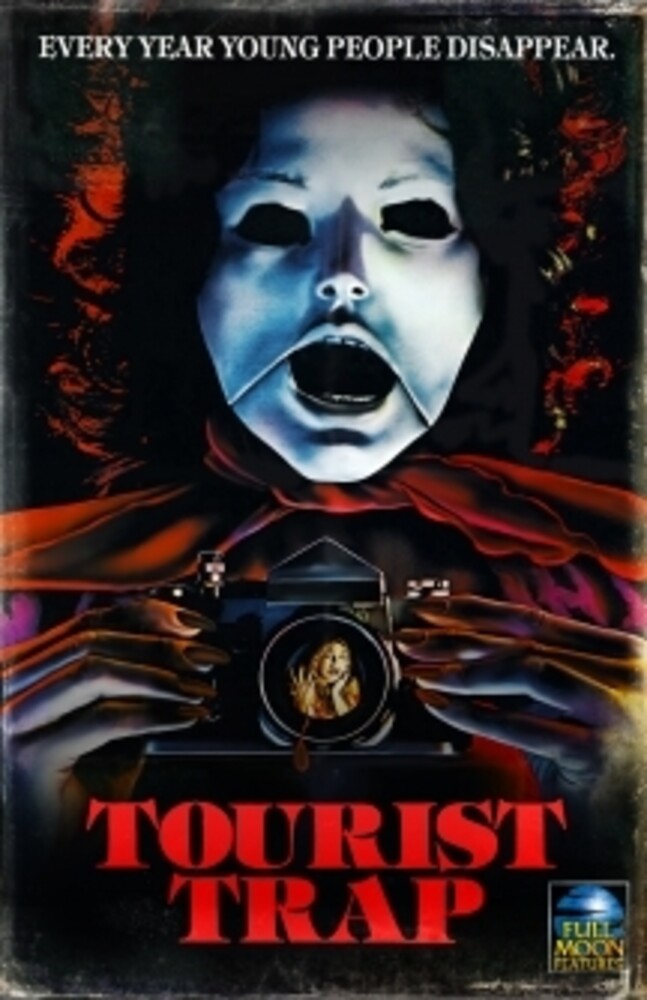 UNCUT & COMPLETE for the first time! Every year young people disappear... An eerie and deserted wax museum, SLAUSEN'S LOST OASIS, is the site for spine-tingling terror where four unsuspecting young travelers (Including TANYA ROBERTS from "Charlie's Angels") are lured into a very deadly "TOURIST TRAP." Slausen (CHUCK CONNORS) is the reclusive and bizarre owner of this attraction, which is actually more like a macabre chamber of horrors. The grotesque and frightening mannequins in this sordid side-show are only the beginning of the murderous mayhem and nightmarish madness to come. TOURIST TRAP is widely recognized as one of the scariest and strangest horror movies of the 1970s, a film championed by none other than Stephen King as wielding "an eerie, spooky power". Legendary actor Chuck Connors (THE RIFLEMAN, WEREWOLF) stars as Mr. Slausen, a telekinetic psychopath who lures a group of young people to his ramshackle roadside attraction, unleashing an army of psychically controlled mannequins and other monstrosities upon them.