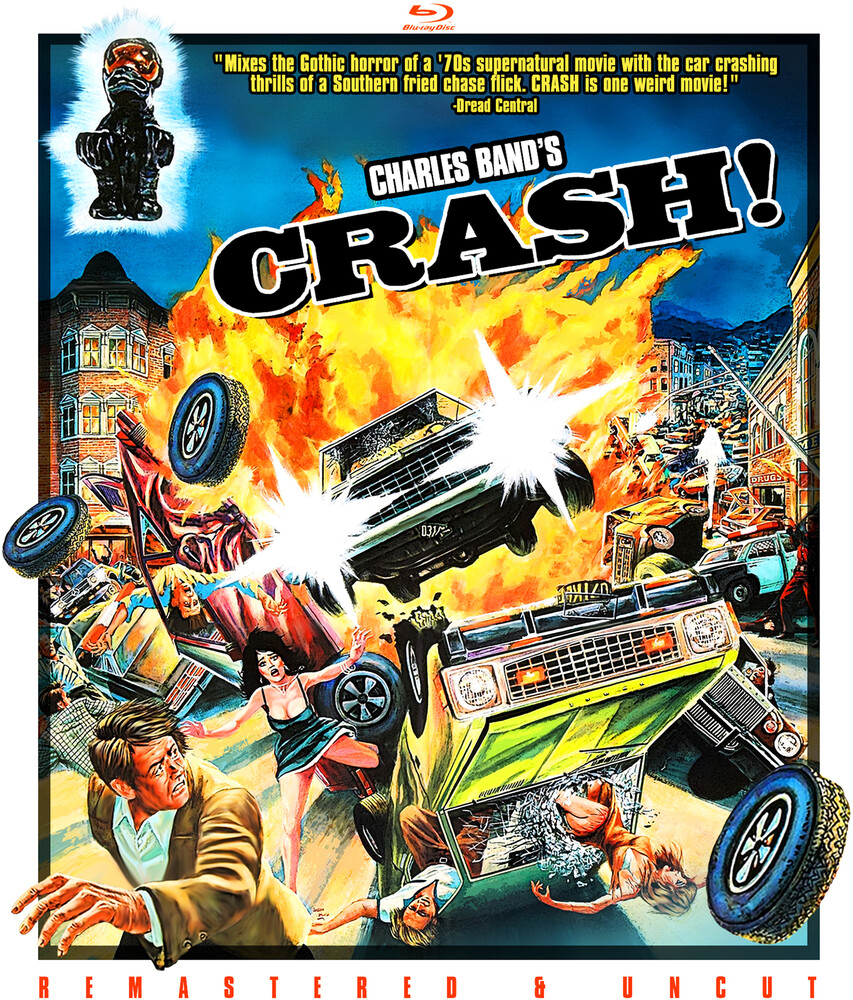 Before CHRISTINE, another killer car screamed down the highways looking for blood in director Charles Band's deranged 1977 auto carnage creeper CRASH! LOLITA legend Sue Lyon stars as Kim, an unfortunate lass who is perpetually abused by her miserable, much older professor husband Marc (Jose Ferrer, DRACULA'S DOG) who, after being left an invalid by an accident he thinks his wife caused, plots to murder his missus with the aid of a monstrous Doberman Pinscher(!). But after Kim buys him a mystical African trinket from a street vendor (played by SALEM'S LOT and THE MAN WHO KNEW TOO MUCH actor Reggie Nalder), Marc's plans are foiled and soon the vengeful spirit of his dead wife has possessed her convertible, flipping it into a fearsome four-on-the-floor fiend! Over-the-top action, bizarre plot twists, endless car chases and enough car crashes to fill five films combined in this vintage Band-sploitation saga (shot by future THE FUGITIVE director Andrew Davis!), presented here fully remastered and uncut and louder and meaner than ever before! Buckle up for the weirdest ride of your life!