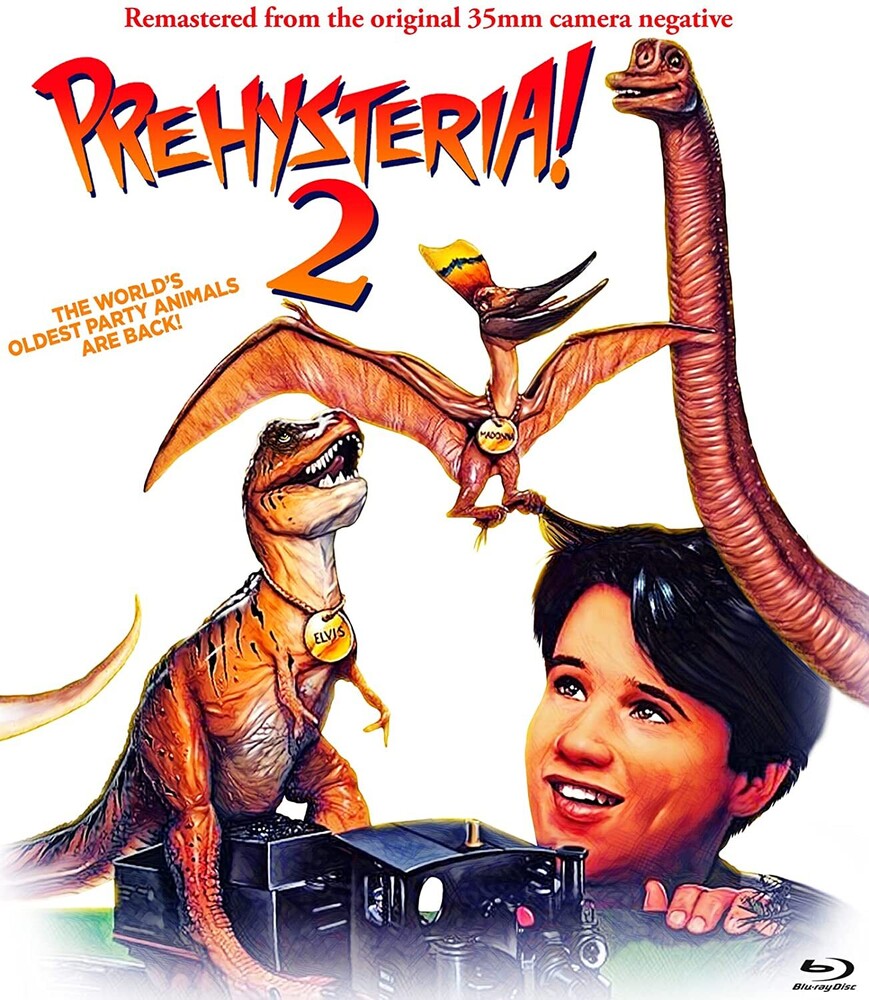 Those adorable pint-sized dinosaurs are back in PREHYSTERIA! 2, the frantically funny follow-up to Moonbeam Entertainment's smash 1993 family film classic PREHYSTERIA! When the Taylor family goes away on vacation, they put their tribe of diminutive dinosaurs - Elvis, Paula, Jagger, Hammer and Madonna - under the care of the kindly Mr. Cranston. But the creatures escape and wind up being shipped across the country, where they're discovered by a young girl named Naomi and a lonely rich kid named Brendon. Soon, the heroic dinos are called into action to help Naomi save Brendan from his cruel governess who not only hates all animals but aims to send the boy away to a military school so she can take control of the household. Directed by Albert Band (I BURY THE LIVING, GHOULIES 2) and filled with charming stop-motion special effects by the legendary David Allen (PUPPET MASTER, THE PRIMEVALS), Full Moon is thrilled to be bringing back this wacky and winning kid flick better than it's ever looked before, in a gorgeous HD transfer scanned from the original 35mm camera negative. Come and hang out with the world's oldest part animals all over again!