Island of the Fishmen - Island Of The Fishmen | RECORD STORE DAY 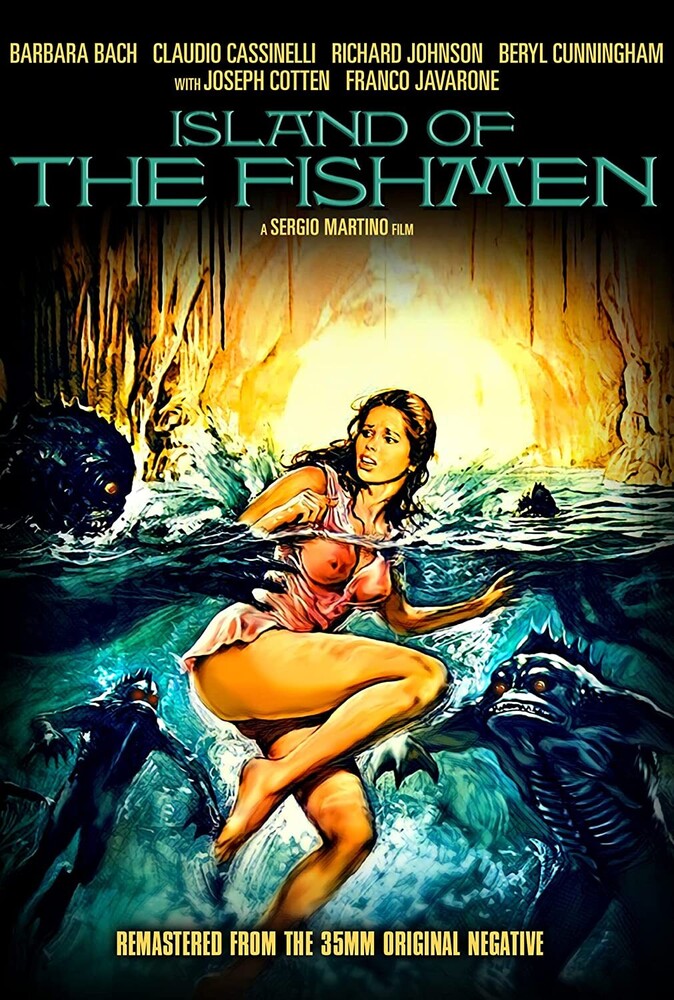 Island Of The Fishmen
Artist: Island of the Fishmen
Format: DVD
Blu-Ray
DVD

Taking it's narrative cues from H.G. Wells' classic tale of mad science and jungle madness THE ISLAND OF DR. MOREAU and H.P. Lovecraft's THE SHADOW OVER INNSMOUTH, director Sergio (TORSO) Martino's delirious and bizarre ISLAND OF THE FISHMEN (aka L'isola degli uomini pesce) is an Italian genre film like no other. After surviving two harrowing nautical disasters, Lieutenant Claude de Ross washes up on a remote, uncharted tropical island along with a gaggle of similarly stranded escaped convicts. Soon, the cursed castaways are attacked by gruesome, slimy, scaly monsters and, after many of them meet their grisly ends, the rest - including the fortunate de Ross - are rescued by the cruel Rackham who immediately whisks them away to the jungle lair of Professor Ernest Marvin. Marvin, a disgraced American biologist, has tampered with genetics to create an army of "fishmen", the very same creatures that attacked de Ross. Professor Marvin controls the creatures and has been using them to plunder a submerged city of gold that he believes to be the lost city of Atlantis. But the natives are restless and the fishmen are slowly, surely beginning to hatch their own plans. Will de Ross - along with the professor's comely daughter - find away to escape the island before it's too late? Starring iconic actors Joseph Cotton (CITIZEN KANE), Richard Johnson (THE HAUNTING, ZOMBIE) and comely "Bond girl" Barbara Bach (THE SPY WHO LOVED ME), ISLAND OF THE FISHMEN was originally released twice to American theaters in the early '80s via Roger Corman's New World pictures, first as SOMETHING WAITS IN THE DARK and later, in a radically altered version under the notorious and misleading title SCREAMERS. But Martino's magnum opus has rarely been seen on these shores the way in which he intended. Full Moon is thrilled to be presenting ISLAND OF THE FISHMEN here for the first time in North America in it's completely uncut original form, gorgeously remastered in HD from the original 35mm negative.