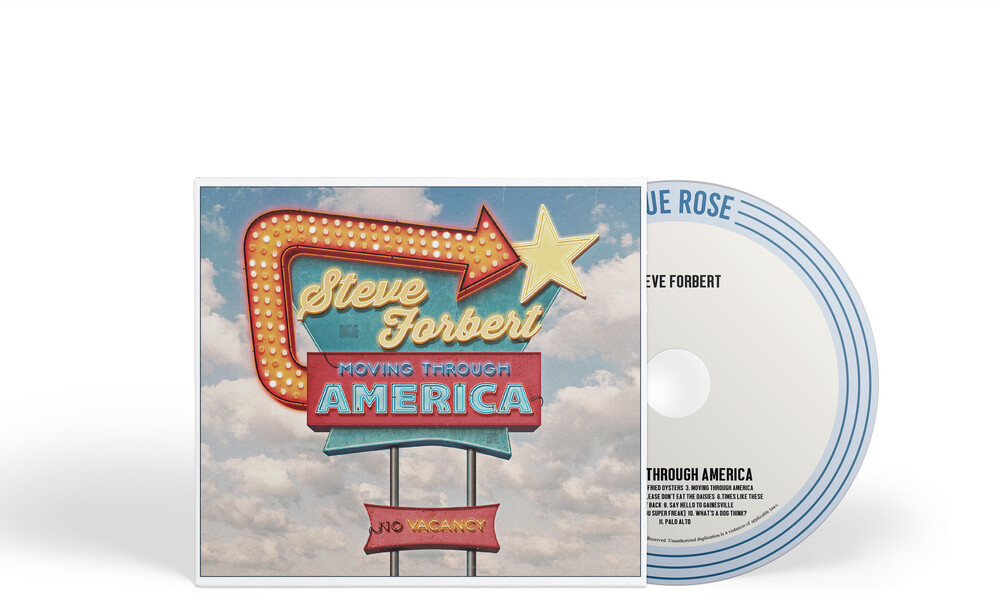 2022 release from veteran folk/rock singer/songwriter Steve Forbert. He's been the pioneer of the folk, roots-rock sound for more than four decades since, navigating the twists and turns of an acclaimed career that's taken him from gold records to Grammy nominations, from New York City's CBGB to Nashville's Bluebird Cafe, from his 1978 debut album and now to Steve Forbert's 22nd studio album, the vital and versatile Moving Through America.