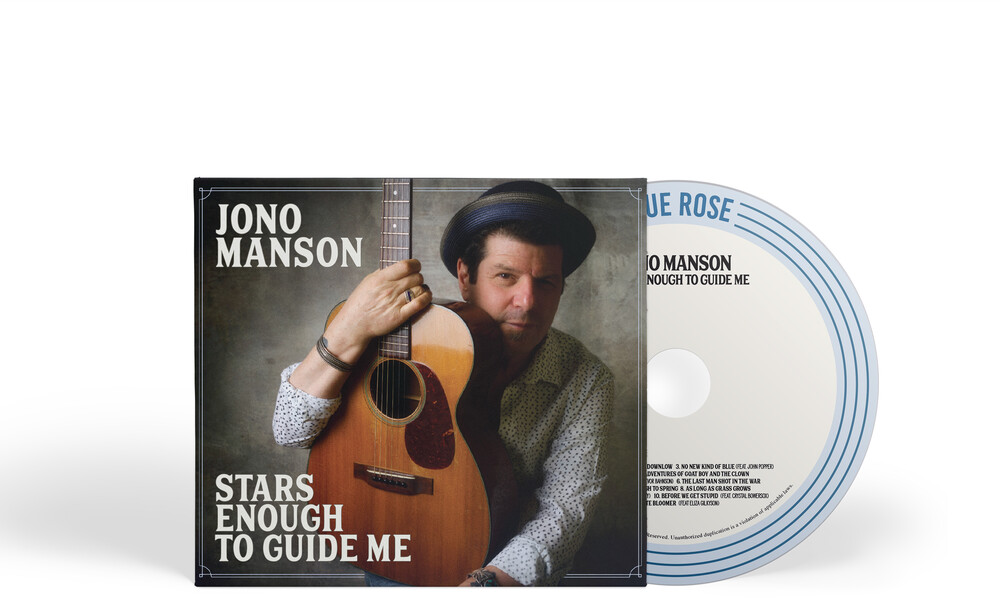 DISC: 1
1. Lights Go Out
2. On the Downlow
3. No New Kind of Blue (Feat. John Popper)
4. The Further Adventures of Goat Boy and the Clown
5. Timberline (Feat. Trevor Bahnson)
6. The Last Man Shot in the War
7. Make It Through to Spring
8. As Long As Grass Grows
9. Alone (Feat. David Berkeley)
10. Before We Get Stupid (Feat. Crystal Bowersox)
11. Late Bloomer (Feat. Eliza Gilkyson)

JONO MANSONA profoundly gifted writer, producer, and performer, Jono Manson weaves the disparate threads of his remarkable life into a captivating, cohesive whole on his dazzling new album, Coney Island Serenade. Recorded at Manson's own The Kitchen Sink studio in Santa Fe, NM, the collection brings together a slew of special guests from throughout Manson's career-from GRAMMY-winner John Popper to American Idol finalist Crystal Bowersox-to craft an eclectic, genre-bending sound that both looks to the future and honors the past all at once."I'm singing better than have, I understand myself on a deeper level, and I'm in the middle of one of the most creative, productive periods I've ever experienced," Manson reflects. "I might be pushing 62, but it feels like I'm just getting started."Born and raised in New York, Manson first rose to fame on the city's club circuit in the early '80s with his band, Joey and The Miserable Worms, who The New York Times hailed as "local heroes" and credited with influencing "countless" others that followed. In the decades to come, Manson would go on to become a cult favorite in Italy; record on Blues Traveler's multi-platinum selling Four; open his own studio (where he'd collaborate with the likes of Amanda Palmer, T Bone Burnett, and Ray Wylie Hubbard, among others); produce as far afield as Pakistan, and even perform at Madison Square Garden alongside Bruce Springsteen, Taj Mahal, and Emmylou Harris for Pete Seeger's 90th birthday.