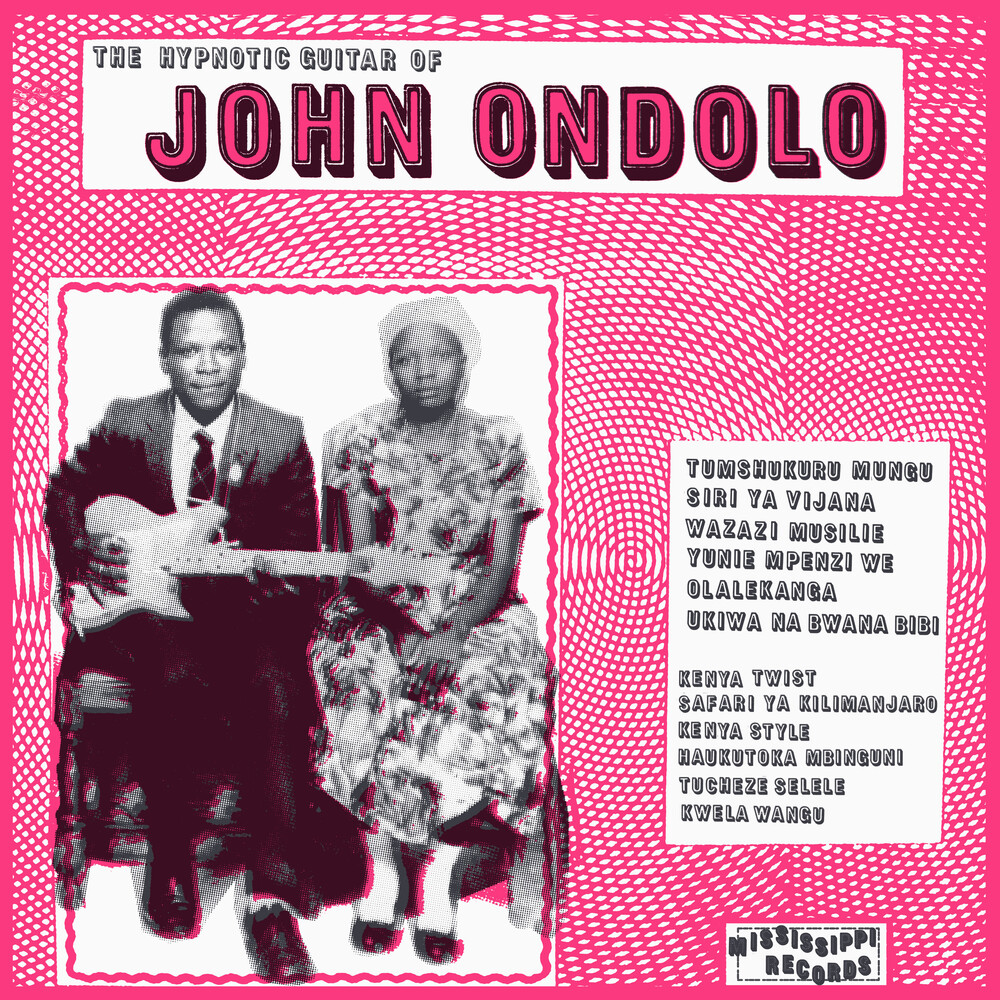 John Ondolo spent his life traveling between Tanzania, where he was born, and Kenya, where he recorded a string of singles for independent labels in the late 1950s and early 60s. Unlike most guitarists from the region, Ondolo used open tuning (a favorite of American blues guitarists), creating a hypnotic drone over which he laid down endless rhythmic variations on his main themes. Inspired by the exploding pop music scene in Nairobi, the newest rock and roll imports from the US, and the Abakuria tribal music of his youth, Ondolo transposed traditional instruments and rhythms to his guitar, playing it more like a traditional harp at times, and inventing a sound totally unique in the recorded history of African guitar. This album brings together John Ondolo's rare early 78rpm recordings in the first overview of this innovative but overlooked artist. We trace Ondolo's creative output from the resonant acoustic guitar masterpiece Tumshukuru Mungu to the relentless guitar and flute interplay of Kenya Style to his later electric guitar, bass, and drum recordings with the Jolly Trio, all tied together by Ondolo's rhythmic sense and vocal style. The variety of Ondolo's recordings may be a result of his sporadic recording history. Unlike more famous artists, Ondolo wasn't sucked into the Nairobi nightlife of the early 60s, instead traveling from his farm in the foothills of Kilimanjaro on occasion to record. An outsider and devout Catholic whose music was sometimes at odds with the style of the times, he later left music entirely, shifting to film and driving a mobile cinema van for the Tanzanian government, introducing socialist and Pan-African films to the countryside. An accident in his mobile cinema led to the loss of his left arm. He died in 2008 in Dar Es Salaam, leaving behind two wives and 11 children. Over a decade in the works, this album includes lyrics and notes by Tanzanian musician and historian John Kitime. Expertly restored and mastered by Michael Keiffer, pressed on 160gm black vinyl, licensed from the Ondolo family in Tanzania.