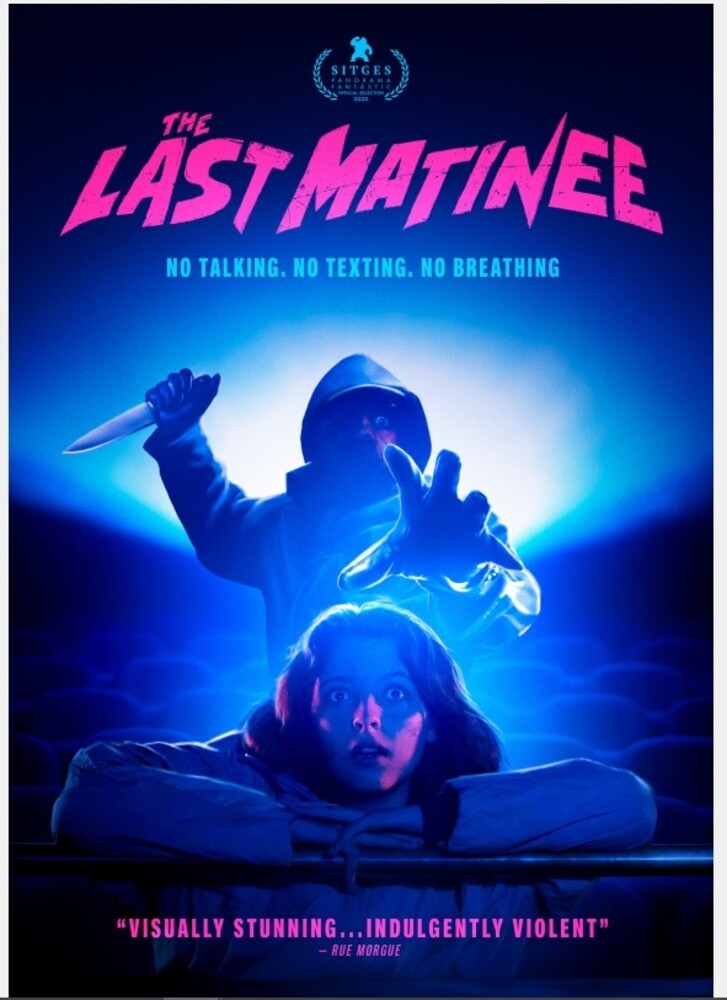 In THE LAST MATINEE, the audience attending the last showing of a horror film in a small downtown cinema are terrorized by a murderer who begins to pick them off, one by one. The only person to notice that something strange is going on is the projectionist's daughter.

An homage to 90s matinee theaters and the iconic giallo films.

The third release in an ongoing collaboration line with Dark Star and Bloody Disgusting.

High appeal for the genre audience but also LatinX as well as indie film lovers.