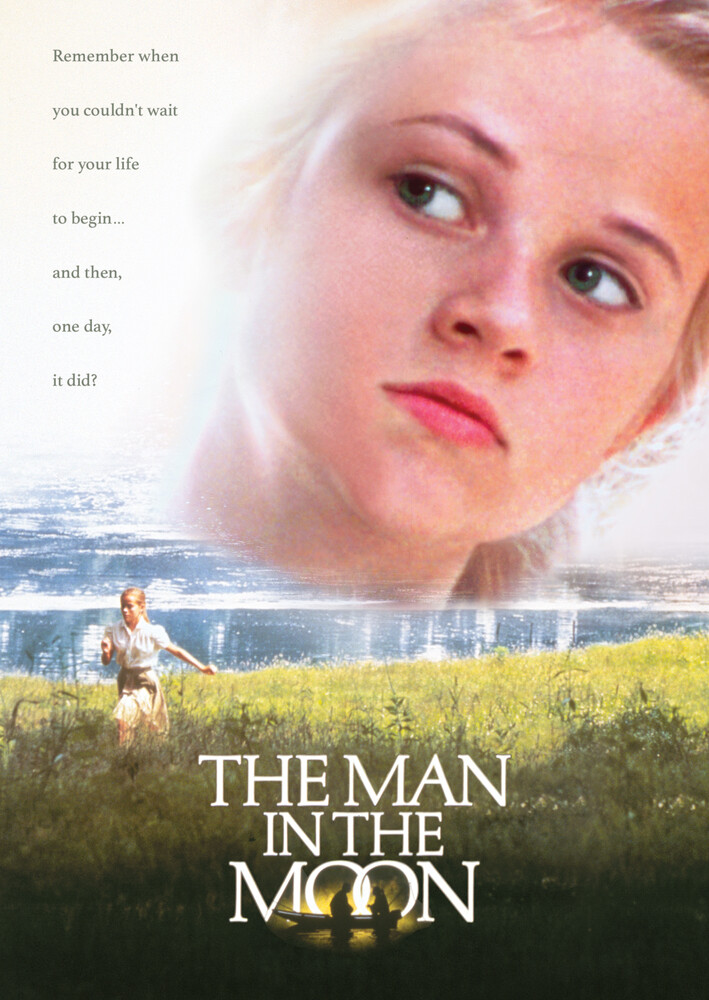 Set in the 1950's rural south, this coming-of-age drama tells of a family upended when romantic rivalries and sudden tragedy strike close to home. Sisters Dani (Witherspoon) and Maureen (Emily Warfield, the TV film Dream Date) find their close bond torn apart when they both fall for the new boy in town (Jason London, Dazed and Confused). Photographed by the great Freddie Francis (the two-time Academy Awardr winning cinematographer for Glory and Sons and Lovers), The Man in the Moon features supporting turns by Sam Waterston (Academy Awardr nominee for Best Actor, The Killing Fields, TV's Law & Order), Tess Harper (Academy Awardr nominee for Best Supporting Actress, Crimes of the Heart) and Gail Strickland (The Drowning Pool) with a tender and evocative score by James Newton Howard (Batman Begins, The Dark Knight)."

Title - THE MAN IN THE MOON

MAN IN THE MOON