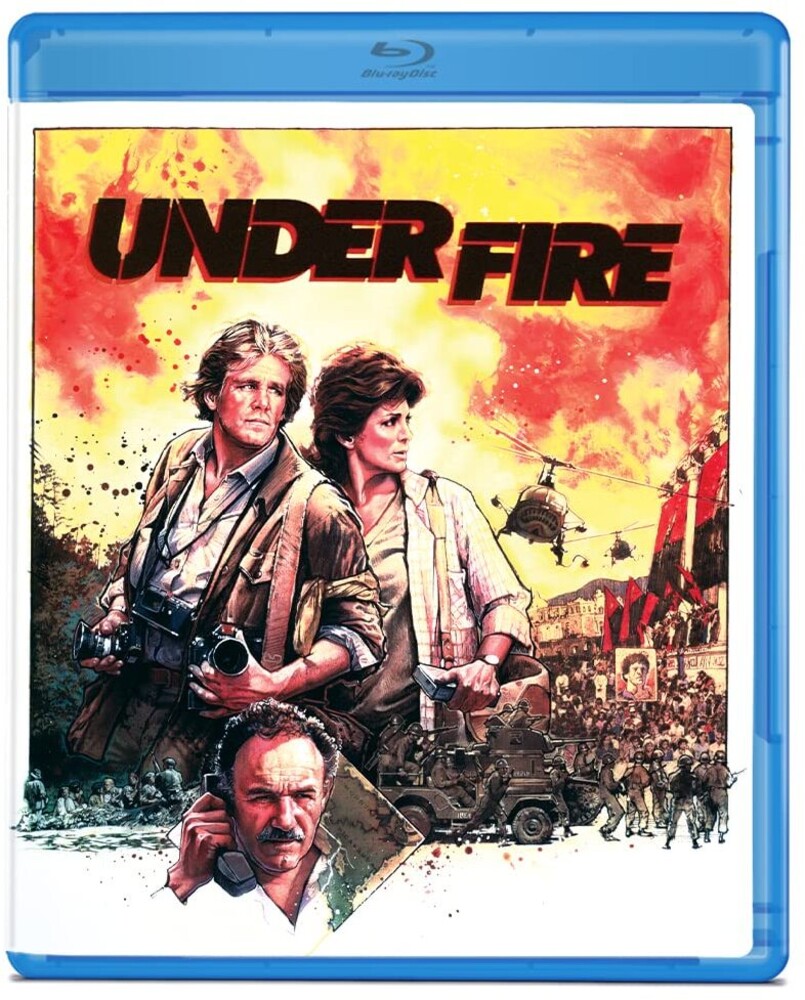 Nick Nolte (Who'll Stop The Rain, The Prince of Tides), Gene Hackman (Crimson Tide, The French Connection) and Joanna Cassidy (Blade Runner) headline the Roger Spottiswoode (Tomorrow Never Dies) directed political action-thriller, Under Fire. Set in Nicaragua during the last days of the revolution, photojournalist Russell Price (Nolte), reporter Alex Grazier (Hackman) and his girlfriend and fellow journalist Claire (Cassidy) find themselves swept up in political intrigue, romance and the fight to survive near death at every turn. Rounding out the cast are Ed Harris (The Truman Show), Richard Masur (The Mean Season) and Jean-Louis Trintignant (The Conformist).