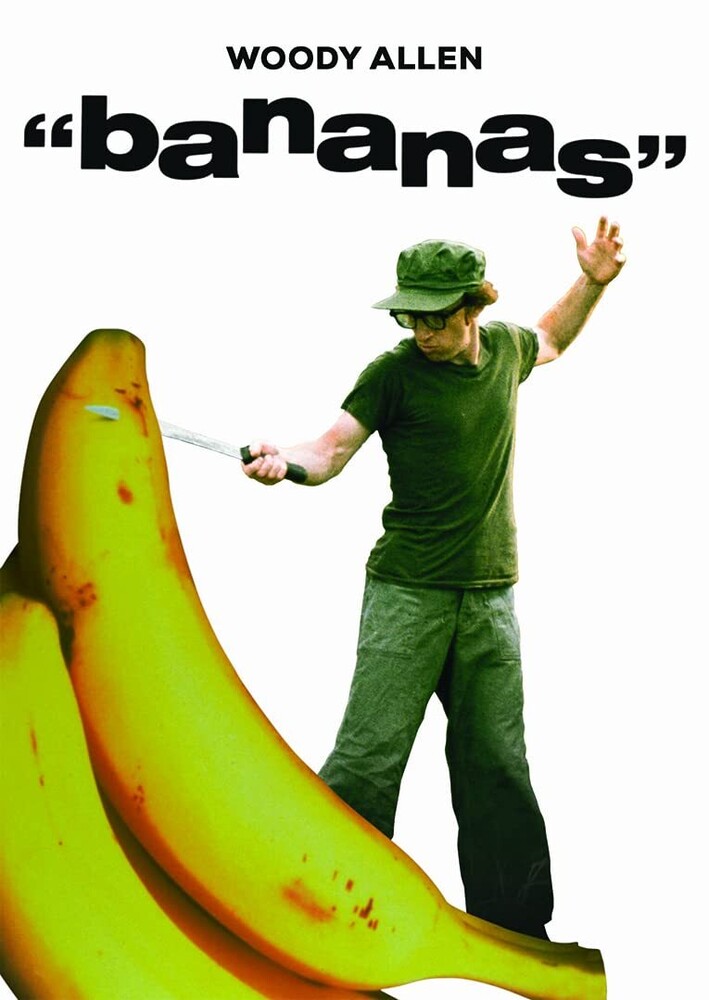 Woody Allen's second film as a director, co-writer and star takes parody to the extreme with a brilliant send-up of everything from relationships to dictatorships. An early example of what Allen called his `slapdash' approach to comedy, Bananas' broad, fast humor and rapid-fire witticisms form a dazzling kaleidoscope of "inspired ingenuity and comic artistry" (Look Magazine). When bumbling product-tester Fielding Mellish (Allen) is jilted by his girlfriend, Nancy (Louise Lasser), he heads to the tiny republic of San Marcos for a vacation... only to become kidnapped by rebels! Once the band of rebels seize power, their leader goes crazy, and they replace him with Mellish, thinking he can save the country. But when Mellish is nabbed by the FBI, he is put on trial for subversion and in a side-splitting courtroom showdown - including the most hilarious self-cross examination ever - Woody Allen proves beyond a doubt that he is not only our most gifted satirist... he's a master comic artist.