Bridge at Remagen - The Bridge At Remagen | RECORD STORE DAY 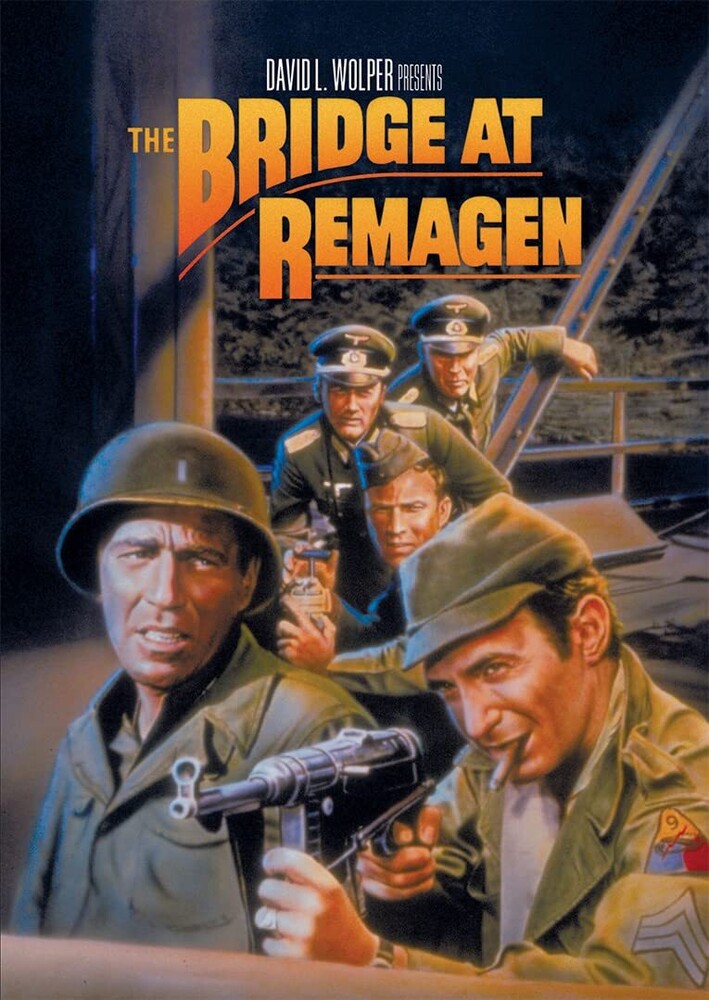 An all-star cast headlined by George Segal (Who's Afraid of Virginia Woolf?, It's My Party), Robert Vaughn (The Magnificent Seven, Bullitt), Ben Gazzara (Road House, The Big Lebowski) and E.G. Marshall (12 Angry Men) brings the glory and agony of war to stunning life in this exhilarating but uniquely human film. "Excellent special effects, spectacular photography and fine action sequences" (Motion Picture Exhibitor) highlight the bravery of the courageous soldiers who fought this historic battle near the end of World War II.

In March of 1945, the Allies are making their final advance into German territory and only one strategic bridge on the Rhine River remains in Nazi hands. Both sides have much to gain: the Germans, the lives of 50,000 soldiers stationed on the wrong side of the bridge; and the Allies, a quicker end to the war with fewer lives lost. Though both armies would fight valiantly, only one could win the heartrending battle for The Bridge at Remagen.

The Bridge at Remagen