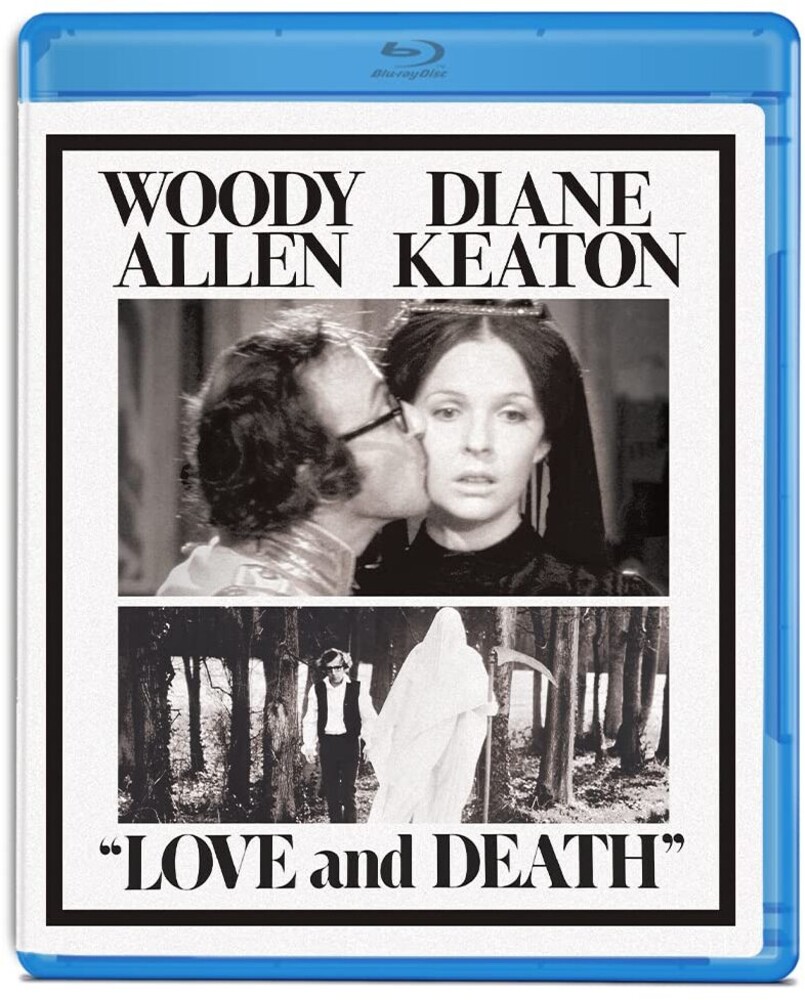 Woody Allen reinvents himself again with the epic historical satire that is a "wonderfully funny and eclectic distillation of the Russian literary soul" (New York Magazine). One of his most visual, philosophical and elaborately conceived films, Love and Death "demonstrates again that (Allen) is an authentic comedy genius" (Cosmopolitan).Cowardly scholar Boris Grushenko (Allen) has the hots for the beautiful Sonja (Diane Keaton), but cold feet for the Napoleonic Wars. Devastated by news of Sonja's plans to wed a foul-smelling herring merchant, Boris enlists in the army - only to return home a penniless hero! Finally agreeing to marry him, Sonja settles down with poor Boris to a rich life of philosophy, celibacy and meals... of snow. But when the French troops invade Russia and Sonja hatches a zany scheme to assassinate Napoleon, Boris learns - in a hilarious but fatal coup attempt - that God is an underachiever, there are no girls in the afterlife... and that the angel of death can't be trusted!