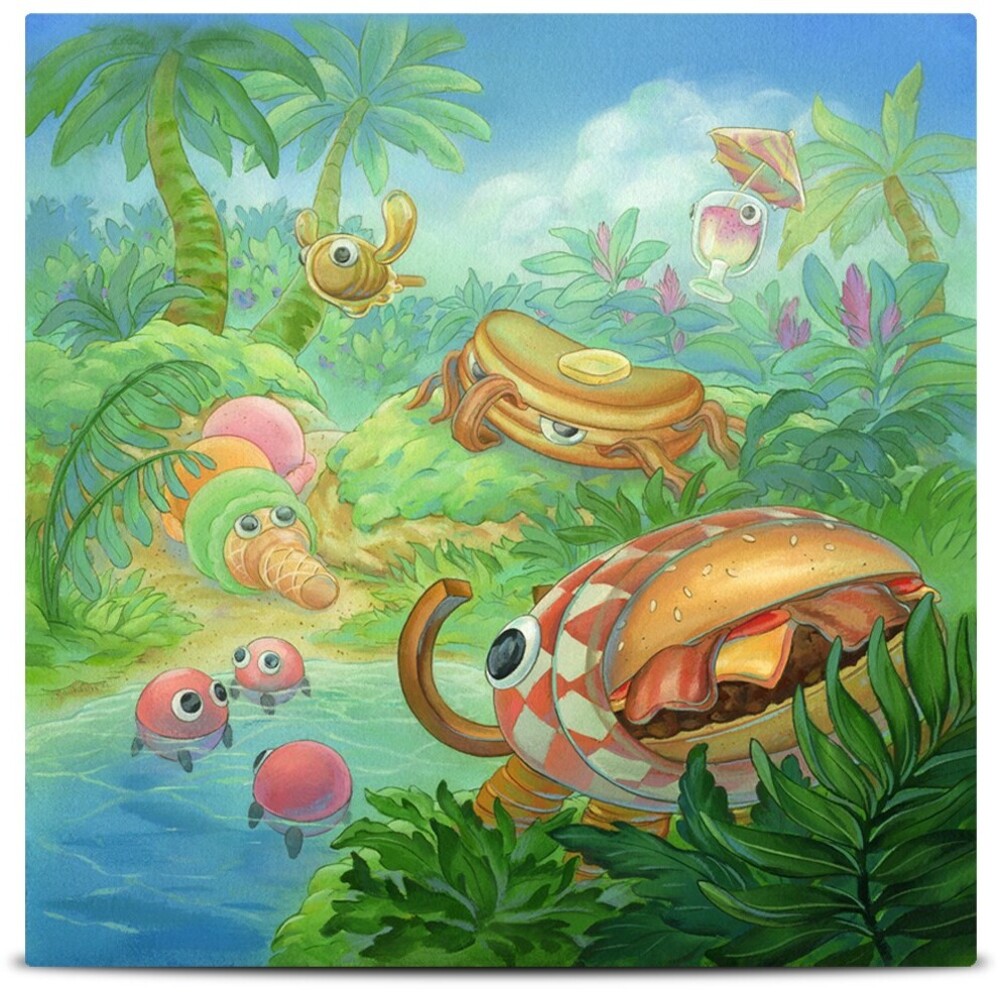 It's Buuuuuugsnax! With those lyrics and an inescapably funky beat to back 'em up, Young Horses' colorful bug-catching adventure burst into the public consciousness in June 2020, at the PlayStation 5 reveal event. It's a testament to Bugsnax's unique aesthetic and charm that it stood out so strongly in that stacked next-gen line-up. And hey, Kero Kero Bonito's unforgettable ear-worm of a title track helped a fair bit, too. Bugsnax looks, plays, and sounds like nothing else in games. We, here at iam8bit, have done our best to bottle that idiosyncratic charm with this release. Say hello to the Bugsnax 2xLP Vinyl Soundtrack!  It's the very best of Seth Parker's friendly, fun, & synth-tastic soundtrack, pressed on beautiful high-quality vinyl. The album art comes courtesy of illustrator Nicole Gustafsson, whose otherworldly-yet-pastoral (and delicious) style was all-too at home on mysterious Snaktooth Island. If you close your eyes and listen to these tunes, perhaps you can even conjure a Bunger, Weenyworm or Fryder into your living room. It doesn't take a Grumpus to see that this release is something special - and yeah, that catchy Kero Kero Bonito title song is included here, too!