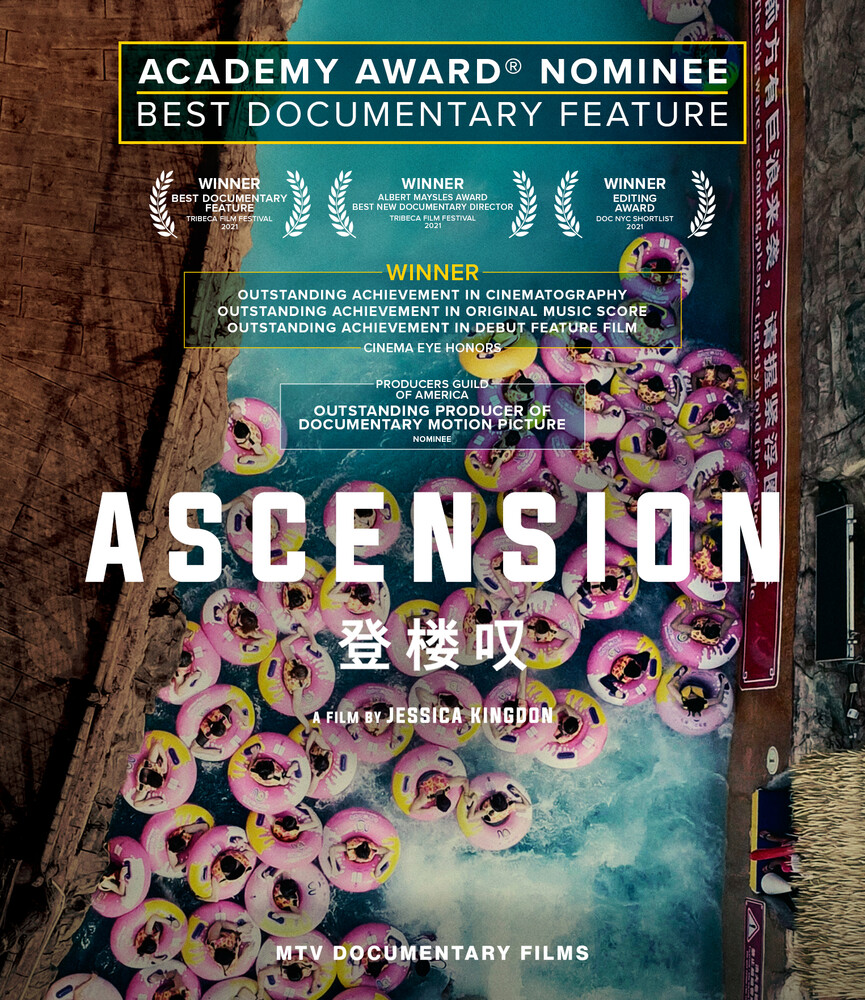 An Academy Award nominee for Best Documentary Feature, Jessica Kingdon's ASCENSION explores the paradoxical pursuit of wealth and progress in China. Loosely structured around the distinct social and economic classes that divide the nation, the film follows factory workers, middle class consumers and elites as they chase the elusive "Chinese Dream."

"An enthralling documentary that spellbindingly heads into myriad corners of China's increasingly stratified economic classes. Everything we use every day is the product of someone else's labor. Cellphones and computers, water bottles and plastic cutlery, soap dispensers and blankets are all items in one gigantic interconnected chain of global capitalism that the documentary Ascension explores with curiosity, candor and criticism." --LA Times

"A revelatory film. Shockingly incisive. As engrossing as it's alarming, the documentary flows with a stream of consciousness about the illusion of the 'Chinese Dream.'" --RogerEbert.com