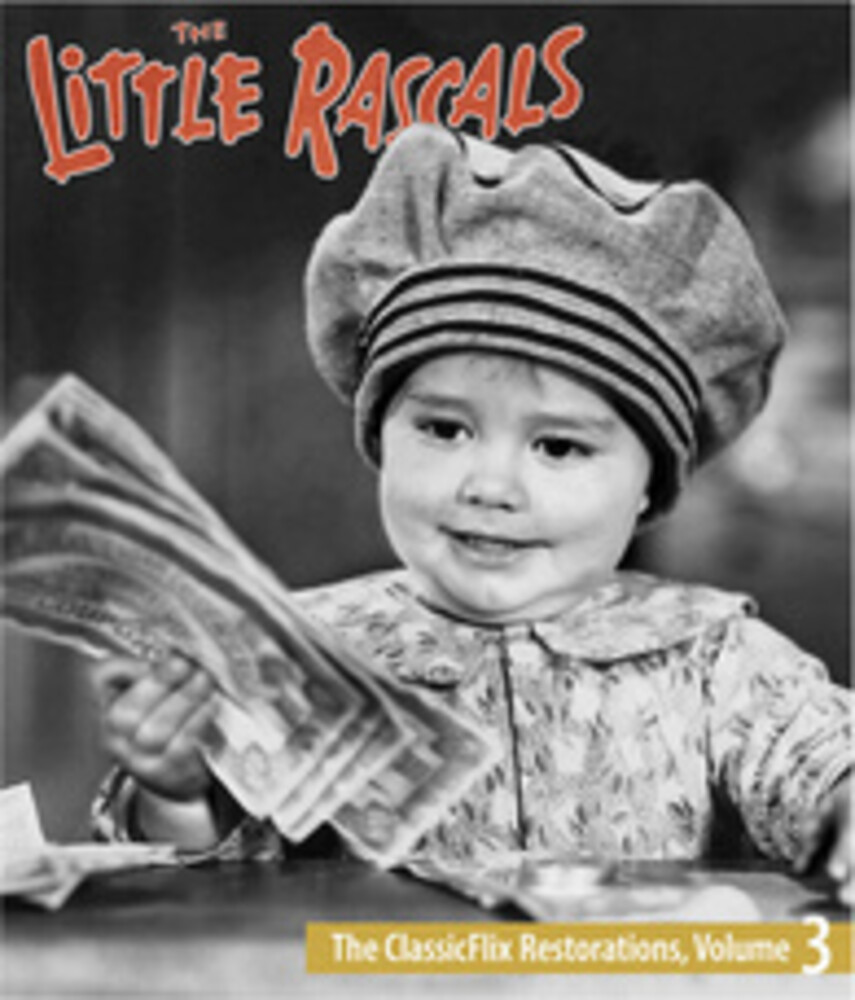 Remastered, uncut, and beautifully restored, now you can see The Little Rascals like never before! With restorations so glorious, it will be like watching these iconic shorts for the first time!

From 1929 to 1931, Hal Roach's "Our Gang" series showcasing scruffy but lovable kids was among the studio's biggest successes in the new era of sound. But in 1932, the franchise would introduce one of the most beloved and durable members of the gang in George ""Spanky"" McFarland-so named because of his mother's constant admonitions of ""Mustn't touch! Spanky, spanky!""

Director James Horne, having shot a reel's worth of test footage of the youngster (later recycled in Spanky [1932]), showed it to anyone and everyone on the Roach lot, and shortly afterward, ""Spanky"" made his modest debut in Free Eats (1932). But Roach, recognizing the cuteness and natural talent of McFarland, immediately promoted the three-year-old to major player status by titling the next short after the tot and using his allure for maximum mirth in classic outings like The Pooch, Hook & Ladder and Birthday Blues-all made in 1932 and all included in this set.

The Little Rascals - The ClassicFlix Restorations, Volume 3 contains the next 11 Our Gang sound shorts produced by Roach at the dawn of the ""talkie era"": Readin' and Writin' (1932) to Forgotten Babies (1933)-with each short newly scanned and restored from original Hal Roach 35mm film elements.