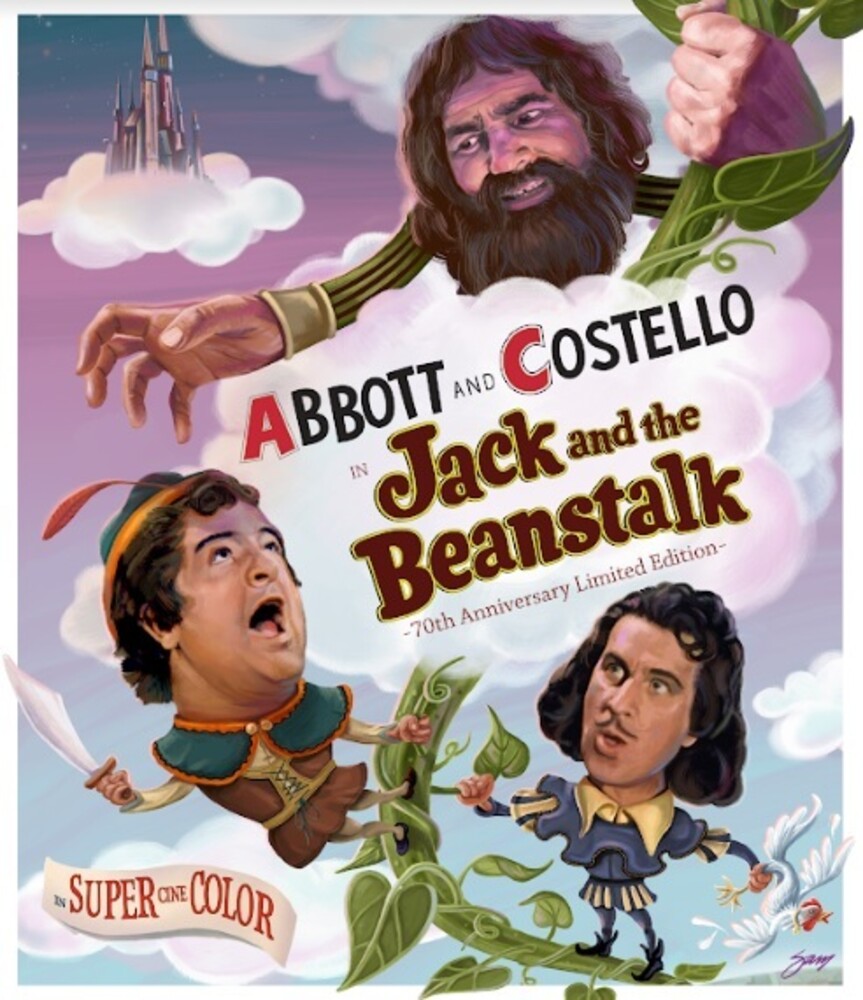 Boasting a stunning new restoration, the fantasy musical classic Jack and the Beanstalk starring Bud Abbott and Lou Costello has never looked better and comes to Blu-ray in a special 70th Anniversary Limited Edition from ClassicFlix!In their first color feature film, Abbott and Costello bring fanciful whimsy and musical delight to the traditional children's fable where Lou plays the boyish Jack. Seeking to entertain "problem child" Donald (David Stollery) whom he is babysitting, Costello takes to reading "Jack and the Beanstalk", but soon dreams himself into the fairy tale complete with Bud as the wily Dinklepuss, Shaye Cogan as the kidnapped princess and menacing Buddy Baer as the villainous giant.

Directed by Jean Yarborough from a script by Nat Curtis, Jack and the Beanstalk imitated another musical fantasy familiar to all movie fans (The Wizard of Oz, 1939) by presenting its opening and closing sequences in sepia tone with the middle fantasy portion in shimmering SuperCinecolor. There's also a tuneful score with four songs composed by Lester Lee and Bob Russell.

Scanned and preserved in 4K from 35mm SuperCinecolor elements, and restored by Abbott and Costello historian Bob Furmanek and the 3D Film Archive, this longtime family favorite also features Dorothy Ford, James Alexander and the voices of Arthur Shields and Mel Blanc!