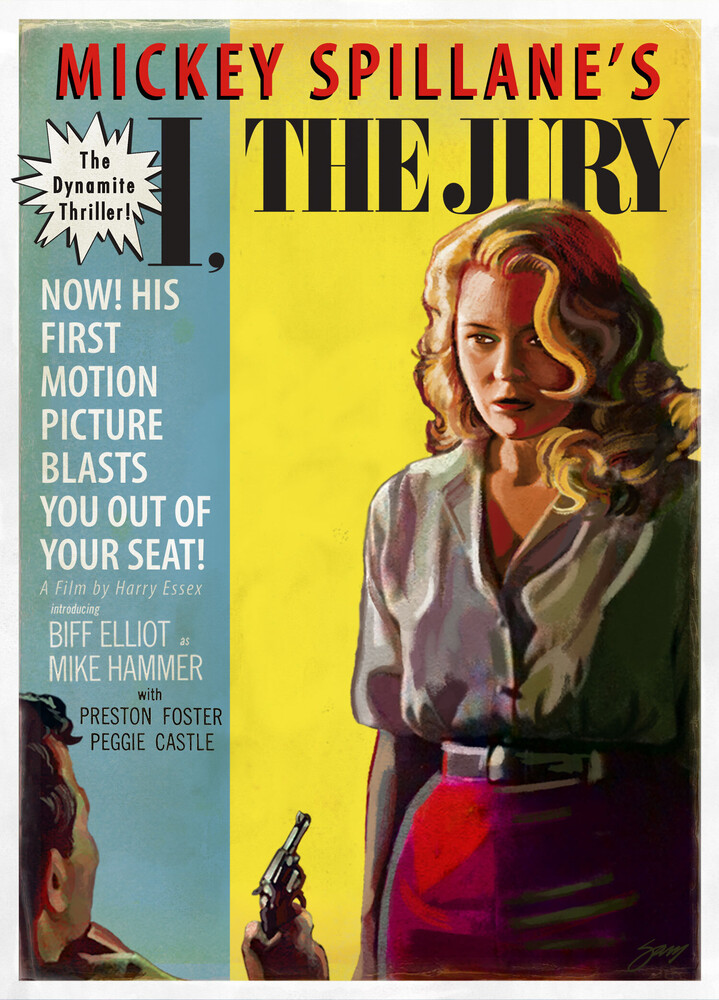 After his best friend and war buddy is mysteriously gunned down, Mike Hammer (Biff Elliot) will stop at nothing to settle the score for the man who sacrificed a limb to save his own life during combat. Along the way, Hammer rides a fine line between gumshoe and a one-man jury, staying two-steps ahead of the law-and trying not to bumped off in the process.

At the time I, the Jury was adapted for the silver screen in 1953, Mickey Spillane was the best-selling mystery writer in the world. Capitalizing on Spillane's acclaim, producer Victor Saville bought the rights to Jury and tapped screenwriter Harry Essex (Kansas City Confidential) to both write and direct. Saville also secured the services of cinematographer John Alton (Raw Deal, T-Men)-the master of light and shadows-to lense this iconic film noir and famed composer Franz Waxman (Sunset Boulevard, A Place in the Sun) to produce the score.