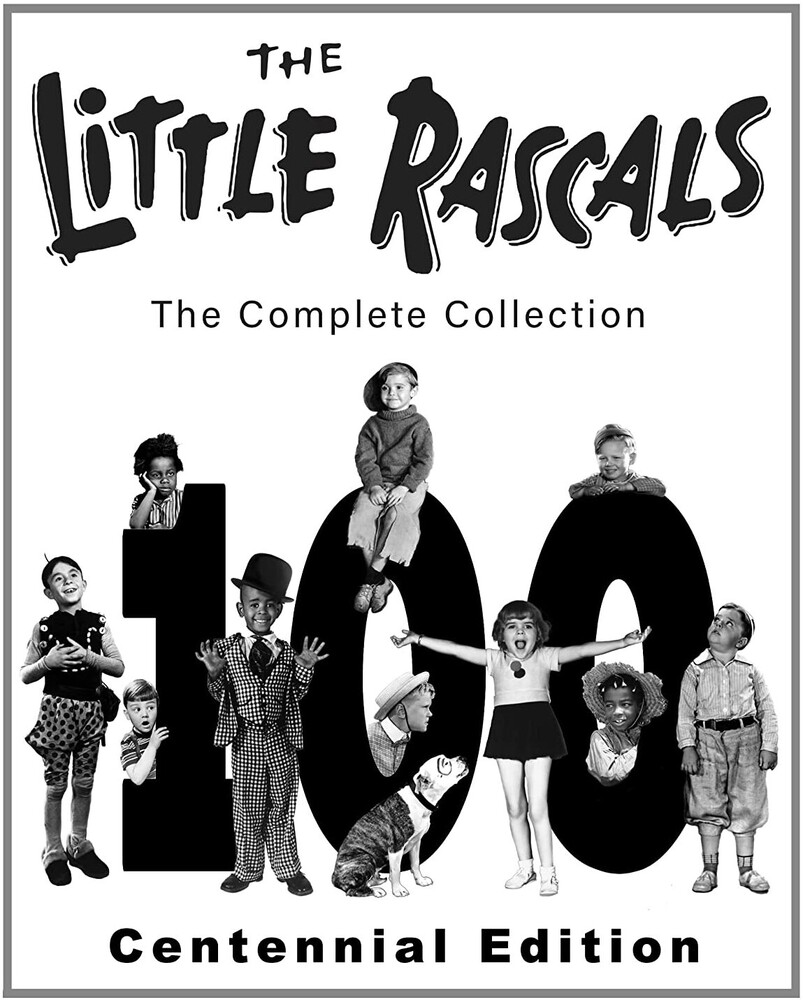 For generations, Our Gang comedies have been enjoyed by millions of fans the world over. Now, celebrate the 100th anniversary of this iconic and beloved film series in The Little Rascals - The Complete Collection (Centennial Edition).

In 1922, producer Hal Roach introduced the kiddie troupe known as "Our Gang" to theater audiences and kicked off one of the most popular and prolific franchises in the field of short subjects, with 220 one- and two-reel comedies released over a twenty-two year period.

By the late 1920s, the series (later re-titled ""The Little Rascals"" for TV syndication) made the transition from silents to "talkies" and would soon embark on its most revered and best remembered period-the 80 sound shorts made at Hal Roach Studios between 1929 and 1938-all of which are included in this one-of-a-kind collection.

About the restorations: Each short has been newly scanned from original Hal Roach 35mm film elements. Remastered, uncut and beautifully restored, now you can see The Little Rascals like never before. With restorations so glorious, it will be like watching these iconic shorts for the first time!

Newly recorded introduction by Leonard Maltin - The Rascals at 100

Presentation of the Only Surviving Foreign Language Shorts in Which Our Gang Performed:

Los Cazadores de Osos (1930, Bear Shooters performed in Spanish) - Note: Only reel 2 is presented here. Image survives for both reels, but only audio survives for reel 2

Good Old Days - The Music of Our Gang Featurette

Then and Now - A Special Tour of Our Gang Locations Featurette

A Day in the Life of Spanky and Porky - Follow Spanky and Porky around in Boulder, Colorado the week of April 1st, 1985 as they take the stage, answer questions and sign autographs as guests at the annual "Trivia Bowl" event

The Little Rascals Jukebox - Listen to your favorite Our Gang tunes