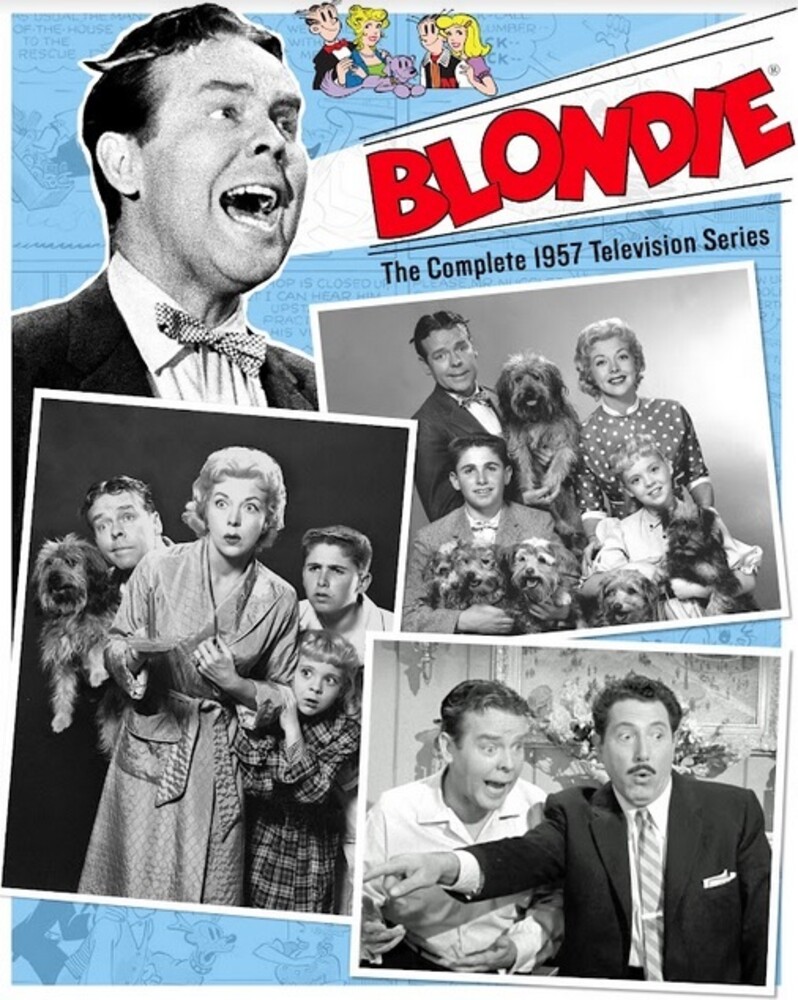 Transferred from original 35mm elements, Blondie - The Complete 1957 Television Series makes its Blu-ray debut with all 26 sparklingly sharp episodes in a 2-disc set from ClassicFlix.Still read today in over 2,000 newspapers across 55 countries, cartoonist Chic Young brought carefree flapper Blondie Boopadoop and her boyfriend Dagwood Bumstead to "the funny papers" in 1930. But it wasn't until the two of them tied the knot three years later that Blondie became one of the most popular comics in the history of the medium.The success of the strip spawned one of the longest-running franchises in the Golden Age of Cinema with 28 features produced by Columbia between 1938 and 1950 -- all starring Penny Singleton as Blondie and Arthur Lake as Dagwood. In 1957, legendary Hal Roach Studios brought the comic strip couple to the small screen with Pamela Britton as Blondie and Lake reprising his role as Dagwood. a role he seemed born to play.A delightful 1950s sitcom that perfectly captures the jovial domestic spirit of the strip, Blondie also stars Stuffy Singer and Ann Barnes as the Bumstead children (Alexander, formerly Baby Dumpling, and Cookie). It also features Florenz Ames as J.C. Dithers, Dagwood's autocratic boss and Harold "The Great Gildersleeve" Peary as Dagwood's friendly nemesis Herb Woodley.Character great Elvia Allman is also part of the fun, with guest appearances by Alan Mowbray, Frank Nelson, Barbara Nichols, Gregg Palmer, Alan Reed, William Schallert, Fritz Feld and many more!