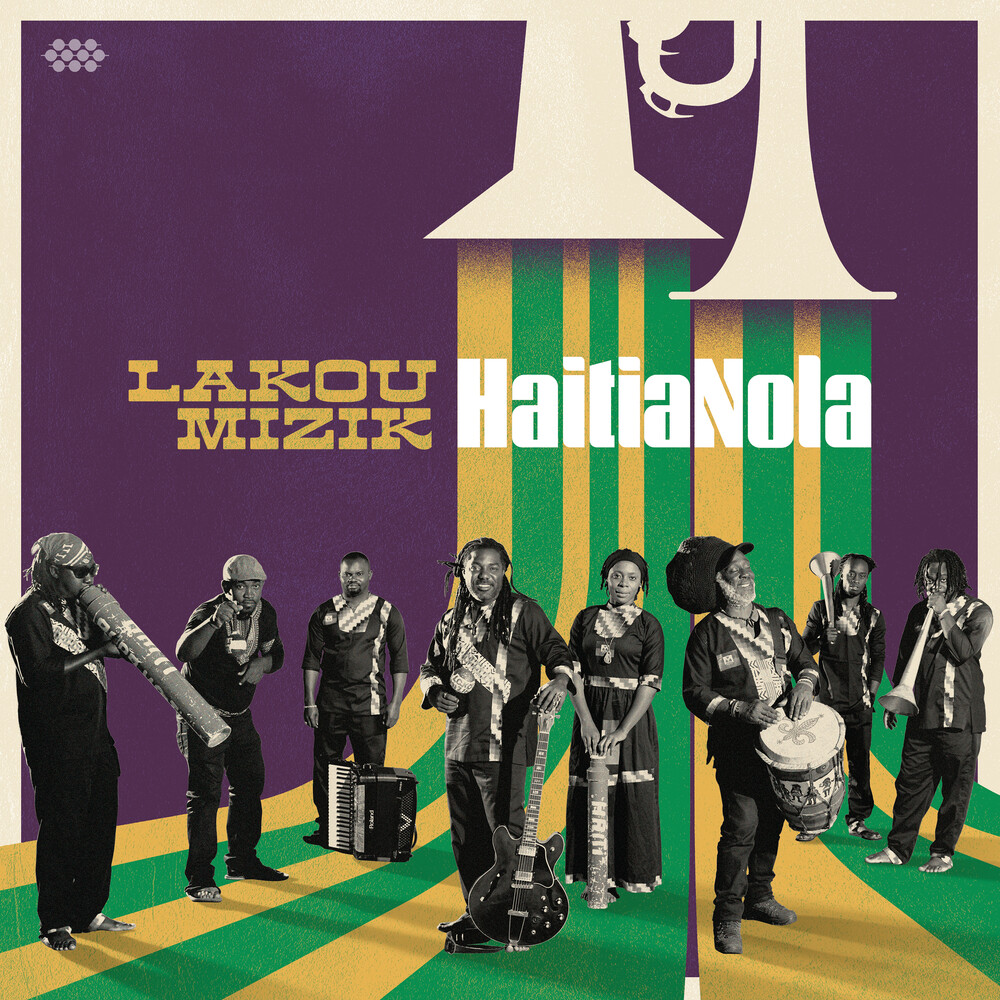 HaitiaNola is a once-in-a-lifetime album that brings together Haitian roots revivalcollective Lakou Mizik and an incredible line-up of guest artists from New Orleans. Inspired by the historical, cultural and spiritual connections between the people and music of New Orleans and Haiti, Mardi Gras and Kanaval traditions mix together like long-lost family members throughout the 14-track album. Presided over by GRAMMY-winning New Orleans producer Eric Heigle (Lost Bayou Ramblers, Arcade Fire, The Soul Rebels), guest artists on HaitiaNola include Trombone Shorty, Tank from Tank & The Bangas, Win Butler & Régine Chassagne of Arcade Fire, Preservation Hall Jazz Band, Cyril Neville, Jon Cleary, Leyla McCalla, The Soul Rebels, Lost Bayou Ramblers, 79rs Gang, Raja Kassis (Antibalas), and Anders Osborne, among others. The result of this collaborative gumbo is a celebration that connects not only the rhythms and sounds of the two places but also the gritty energy, the unmistakable mysticism and the carefree Mardi Gras incantation of laissez les bon temps roulez (let the good times roll) that persists in both countries.