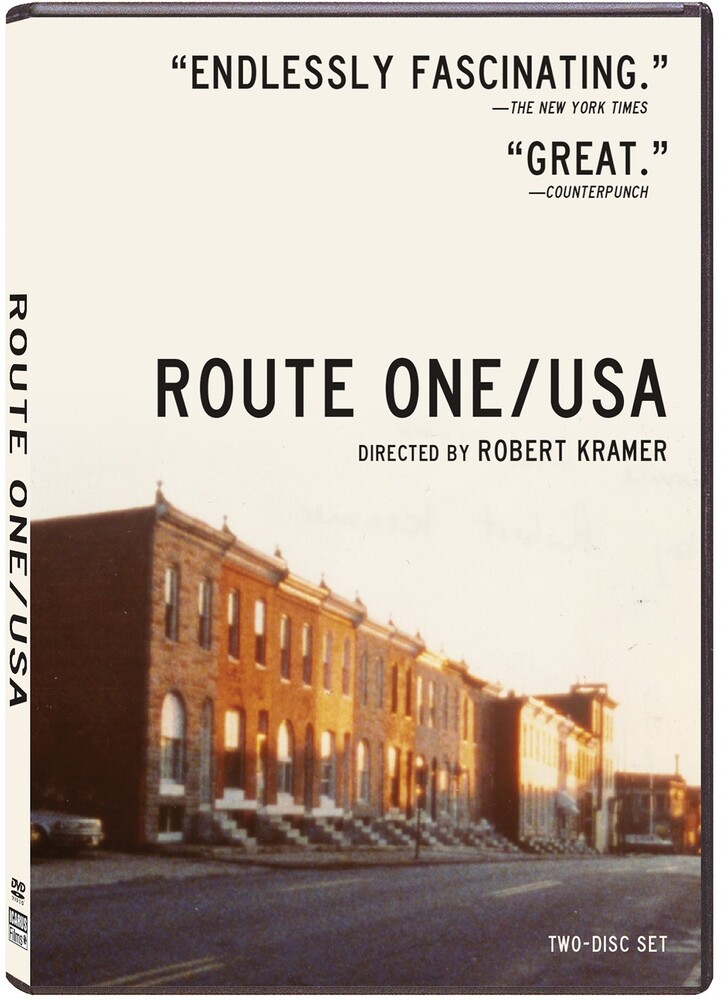 In 1988, nearly a decade after leaving the US for France, renegade filmmaker Robert Kramer returns. "Back," he emphasizes. Not "home." To try to understand the contemporary United States, he decides to travel the entire length of Route 1, from the Canadian border to Key West, filming all the way for five months. We are treated to a series of stops along the way-an Indian reserve in Maine, Walden Pond, the Vietnam Veterans Memorial in Washington DC, a Georgia diner, Thanksgiving dinner at a homeless shelter, and evangelical churches that preach the "truth" about the anti-apartheid movement and the dangers of Disney. There are plenty of characters along the way too, and appearances by televangelist Pat Robertson and Jesse Jackson, as they campaign for president.

ROUTE ONE/USA was shot more than 30 years ago, but it feels remarkably contemporary in its portrayal of many of the racial, social, and economic challenges America continues to face.