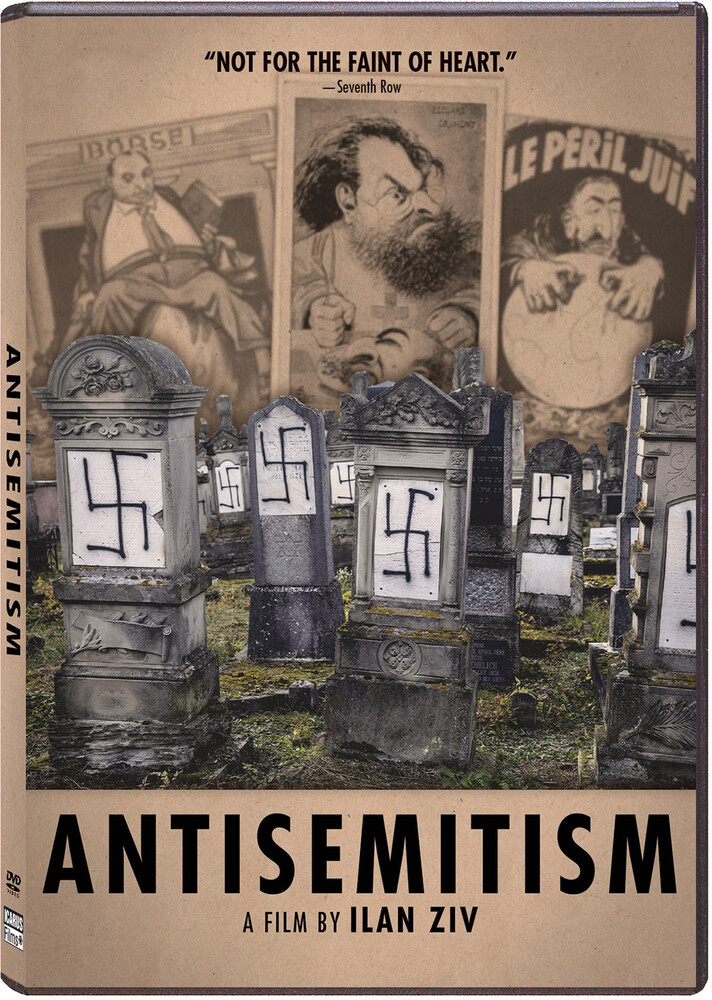 This documentary masterfully traces the history of anti-Semitism and its effects, from cartoon-like medieval church iconography showing Jews with funnels on their heads, to WWII propaganda comparing Jews to rats and neo-Nazis marching in the streets of modern day France.

How did we get from saying "never again" after the Holocaust to murders of French Jewish children and calls for the expulsion of Jews from western democracies? To answer that question, director Ilan Ziv focuses on key events from the last 150 years, including the Dreyfus Affair, the first widely disseminated anti-Semitic texts (like Henry Ford's The International Jew and The Protocols of the Elders of Zion), anti-Jewish propaganda in occupied France, and the upsurge in anti-Semitism beginning in the 1980s.

While ANTISEMITISM takes a broad, sweeping approach, Ziv maintains a steadfast focus on human stories. We meet the descendants of Alfred Dreyfus and the heartbroken son of murdered 85-year-old Holocaust survivor Mireille Knoll, killed by a young neighbor because he assumed since she was Jewish she would have money. Ziv also draws on an array of thoughtful historians, sociologists, journalists and one of France's only female rabbis to shed light on the enduring power of anti-Semitism and its dangers not only for Jews, but for societies at large.

"It is a vast history of anti-Semitism that this ambitious sum sets out to tell, starting from the current resurgence of violence against Jews in Western countries and going back to the founding myth

inherited from the Middle Ages."-Te'le'rama

"A must-see film. This exhaustive documentary allows us to understand in depth the reasons for this disease that we thought was cured but which continues to kill."-La Vie

"Ilan Ziv Documentary Is Essential Viewing To Understand Why There Is So Much Hatred Towards Jews." -Solzy At The Movies