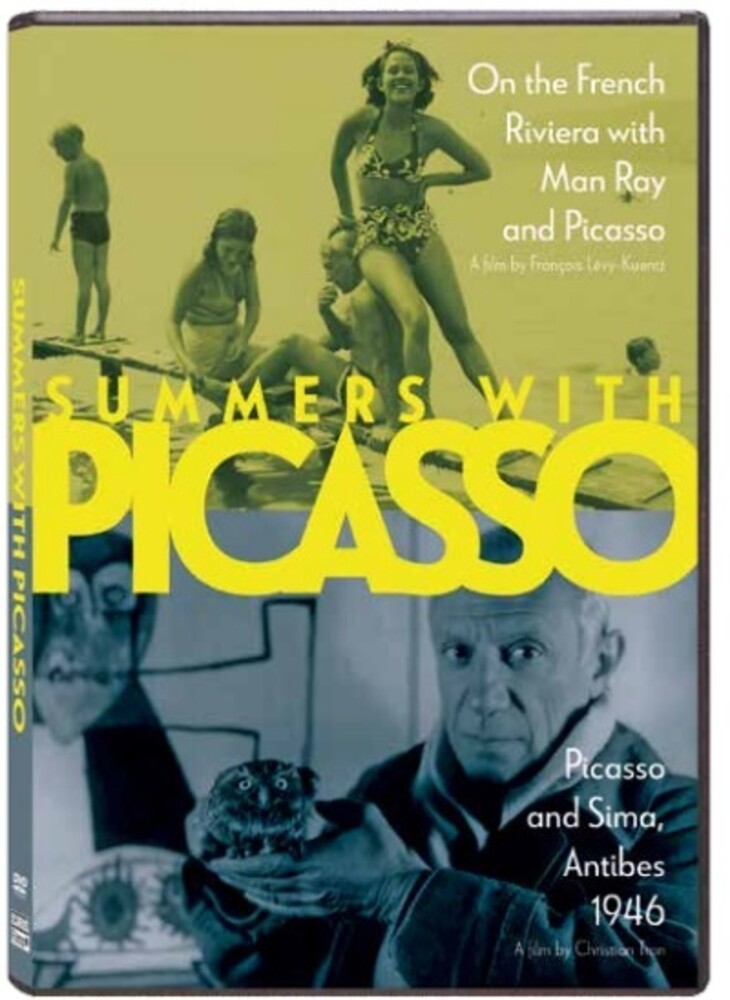 Like many artists of the post-WWI era, Pablo Picasso fell under the spell of the French Riviera. The blue intensity of the Mediterranean, its rugged coasts, balmy weather, and sunfilled days inspired some of his most important artistic breakthroughs. Icarus Films is proud to present a pair of unique documentaries on two colorful periods of Picasso's Rivera life.

François Lévy-Kuentz's ON THE FRENCH RIVIERA WITH MAN RAY AND PICASSO details Picasso's summer in the village of Mougins in 1937. The film is mainly told from the point of view of photographer, filmmaker, and painter Man Ray, using footage he shot (including some on the then-experimental Kodachrome), a wealth of photos, and readings from Man Ray. Other guests we witness include Man Ray's girlfriend, Ady Fidelin, a dancer and model from Guadeloupe; surrealist poet Paul Éluard and his wife Nusch and writer Roland Penrose, there with photographer Lee Miller, Man Ray's former model and lover.

With Christian Tran's PICASSO AND SIMA, ANTIBES 1946, we learn the story of Picasso's pivotal friendship with sculptor and photographer Michel Sima while living in the town of Antibes right after the War. At Picasso's request, Sima photographed Picasso's worksin-progress in the workshop he found for him at Grimaldi Palace. The artists' work and friendship eventually resulted in the creation of the Picasso Museum. This unique showcase in Antibes allowed a treasure trove of Picasso's art to be returned to its original home and is documented first-hand in this film.

DVD BONUS: Alain Resnais and Robert Hessens' lovingly restored film GUERNICA. This 14-minute short features paintings, drawings, and sculptures made by Picasso between 1902 and 1949, focusing on "Guernica" itself. Accompanying the artworks is a dramatic text by Paul Eluard, read by actor Maria Casares.

ON THE FRENCH RIVIERA WITH MAN RAY AND PICASSO

A film by FRANCOIS LEVY-KUENTZ

A film by CHRISTIAN TRAN