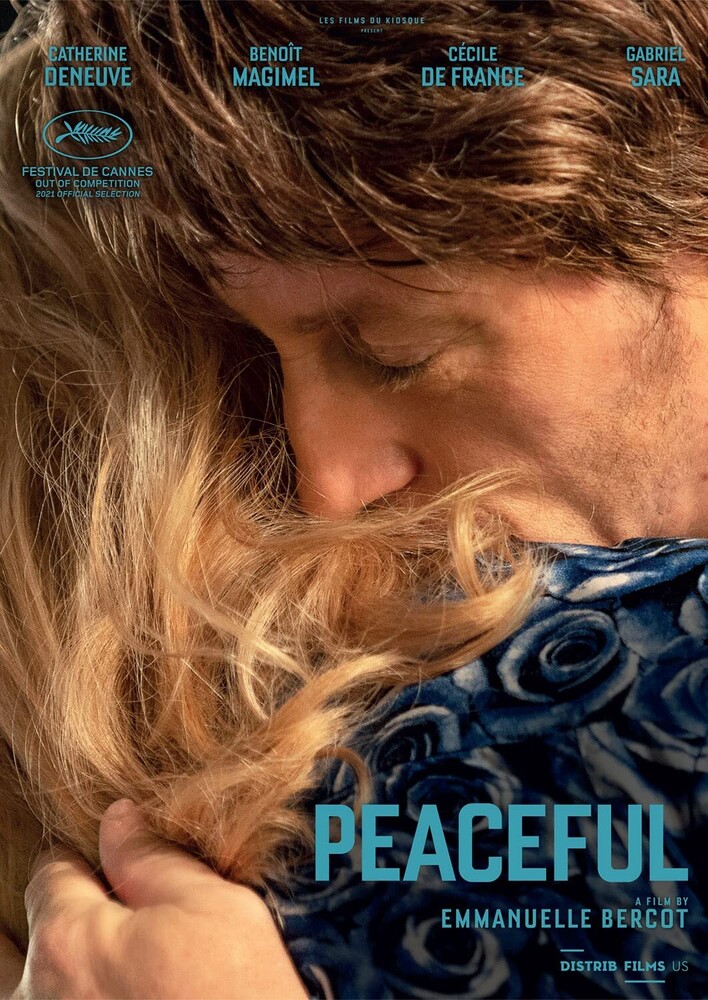 PEACEFUL A film by Emmanuelle Bercot

A son (Benoît Magimel) in denial of a serious illness. A mother (Catherine Deneuve) facing the unbearable. And between them a doctor (Gabriel Sara) and a nurse (Cécile de France) fighting to do their job and help them find acceptance. The four of them have one year and four seasons to come together and understand what it means to die while living Writer and director Emmanuelle Bercot initially set out to explore the undying connection between a mother and her child, but through a chance encounter with Dr. Gabriel Sara, a dedicated cancer specialist who plays himself, the story of Peaceful unfolds like the stages of grief itself. Bercot chose to combine the realistic with the philosophical in this devastatingly beautiful tragedy, that leans on Sara's real-life experiences and Magimel's transformative performance, which earned him the2022 Cesar Award for Best Actor (French Oscars), to convey the slow and poignant loosening of the mortal coil.