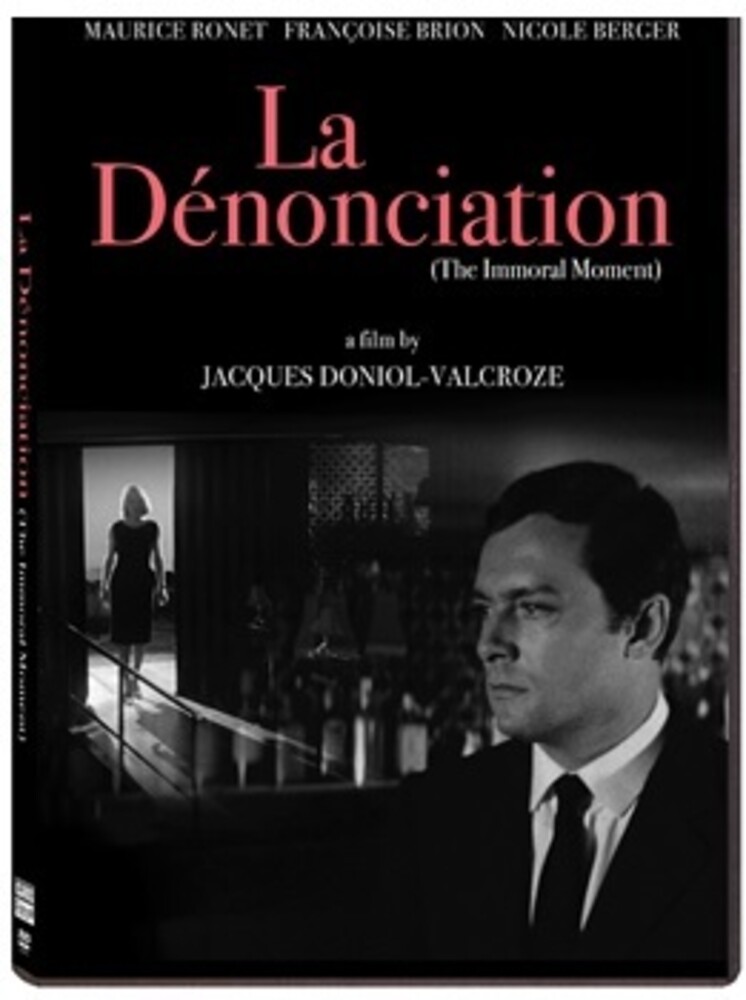 La Denonciation (The Immoral Moment) An innocent man, a dark bar, a body already on the floor, a brawl - what happened? And who's innocent, anyway? Jacques Doniol-Valcroze's gameplaying mystery begins with a simple police investigation, but gradually, almost casually, it sprawls like a spider's web to encompass the past as the French lived it, as combatants or collaborators or both, during WWII The stranger in the dark nightclub is Michel (Maurice Ronet), a successful film producer with a beautiful and friv