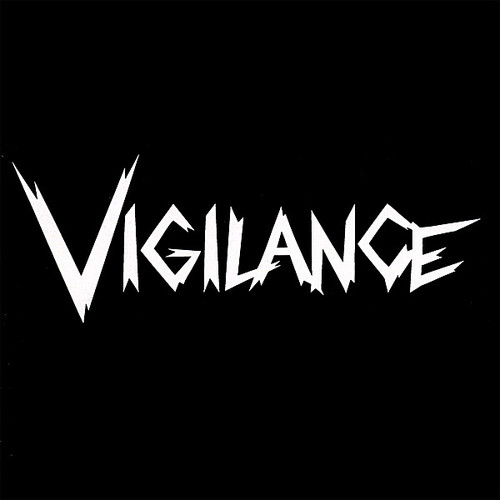 The Heavy Metal Band Vigilance out of Issaquah, Washington started in the Summer of 1986. Founding member/Guitarist Todd Aldworth placed an ad in the Seattle based ROCKET magazine looking for other musicians that wanted to rock and also have a message behind the music. Drummer Mark Putnam was added along with bassist Greg Fowler. The 3 musicians worked on material while auditioning lead singers. After many auditions and advertising through the ROCKET, the band got a phone call from singer Jim Petak. After one audition the group felt an instant chemistry. Vigilance was born. The group was now practicing 3 to 5 times a week, playing shows around the Northwest, and after winning a "battle of the bands" of local popular artists and playing more shows, the group decided to record their first demo. The demo included four songs: "The Time Has Come", "Fight (we'll take a stand)", "Runnin'", and "Revelation Of The Damned". Local station KCMS played all four songs from the demo during it's late night show "Eternal Rock". The group then started to sell internationally along with the help of longtime collaborator Rich Hallstrom. After receiving great response and reviews internationally by many magazines, the groups highlight was by far the review in "KERRANG". Vigilance continued recording and playing live. Mark Putnam left and was replaced and the band went through several drummer lineup changes until James Foreman stepped in. His contribution was immense for the groups real true sound. Vigilance opened up for headlining acts such as Whitecross and the local Seattle based Bloodgood. In mid 2006 original lead vocalist Jim Petak and Todd Aldworth reunited and are currently working on new material for future Vigilance releases.