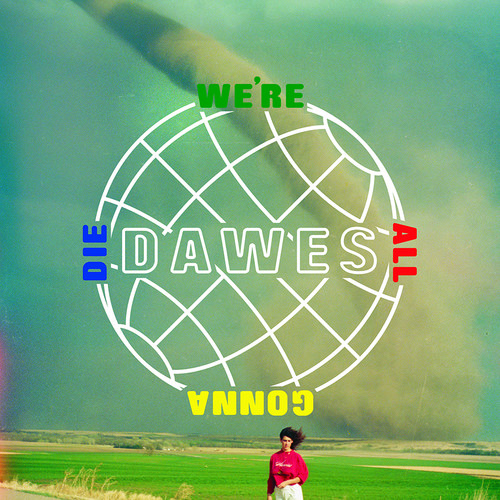 Dawes’ highly anticipated new album We’re All Gonna Die will be released September 16 via the band’s own HUB Records. Of the album, Taylor Goldsmith (guitar, vocals) explains, “Pretty much every song on this record explores a difficult situation and tries to find a way to find the good in it, or at least remind yourself that it's not always that big of a deal. After all, as scary as it is, we are all gonna die.” The album was produced by Grammy nominated producer Blake Mills (Alabama Shakes) and includes backing vocals from Jim James of My Morning Jacket, Brittany Howard of The Alabama Shakes, Mandy Moore, Will Oldham, and Jess Wolfe and Holly Laessig of Lucius.

Dawes has toured extensively playing headline shows worldwide and major festival appearances including Bonnaroo, Austin City Limits, Lollapalooza and Newport Folk Festival. Recently, they have toured with My Morning Jacket, Bob Dylan, Mumford and Sons, Conor Oberst, and Jackson Browne. In the fall of 2014, Goldsmith contributed to Lost On The River: The New Basement Tapes, an album project which found collaborators Elvis Costello, Rhiannon Giddens (Carolina Chocolate Drops), Taylor Goldsmith (Dawes), Jim James (My Morning Jacket), Marcus Mumford (Mumford & Sons) and producer T Bone Burnett writing and creating music for a treasure trove of recently discovered lyrics handwritten by Bob Dylan in 1967 during the period that generated the recording of the legendary Basement Tapes. Fellow collaborator Jim James proclaims about We’re All Gonna Die, “The record sounds so fresh—yet fills me with a strange nostalgia for things that haven't happened yet...I hear it at the beach and blasting out of car windows on future summer nights...easily having become a natural part of people's lives.”