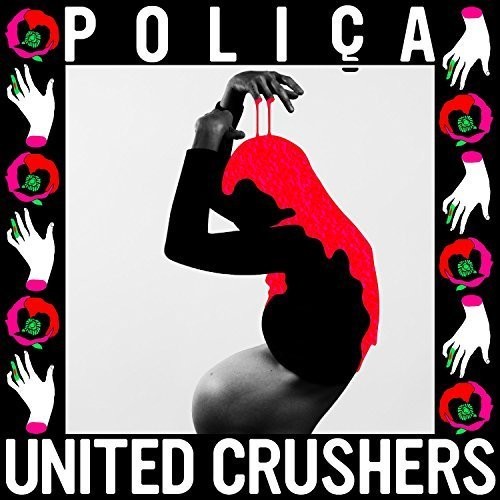 Vinyl LP pressing housed in a gatefold sleeve. If the opening moments of POLIÇA's new album, United Crushers, leave you feeling unsettled, then Channy Leaneagh has done her job. With her voice pitch-shifted down into an ominous, nearly unrecognizable register, she sings of a post-industrial urban landscape littered with broken promises, a land of poverty and violence that's been rigged against us from the start. Despite all that, though, there is an element of defiance, a refusal to surrender in her delivery of the lyrics. Halfway through that first track, "Summer Please," when her gorgeous true singing voice enters on top of the deep and disturbing baritone, there is a moment of hope and transcendence, and it's the key to unlocking United Crushers, POLIÇA's third full-length release and most ambitious album to date. Even at it's darkest, the record is musically the band's most upbeat and celebratory. It is a weapon meant to empower the weak, the forgotten, and the disenfranchised; it's very creation an act of rebellion in the face of the such forces as repression, social injustice, and one's own self-doubt and isolation.