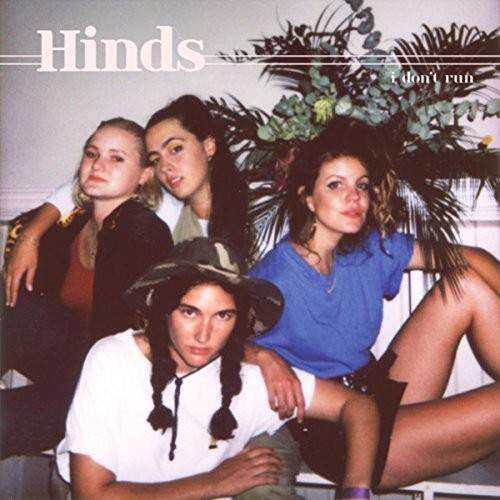 Its been over two years since Hinds released their breakout debut album Leave Me Alone, and today the Madrid-based band announce their long-awaited sophomore record. I Dont Run will be out April 6 via Mom + Pop, and shows a bigger, better, faster, funnier, more dexterous Hinds. Co-produced by Hinds and Gordon Raphael (The Strokes, Regina Spektor), and engineered by Shawn Everett (Alabama Shakes, Perfume Genius, The War On Drugs, John Legend), I Dont Run is the product of a band fighting for their place, a band unwilling to rely upon their successes, a band who have just begun to prove themselves, and a band who plays hard but works even harder. With this second LP they continue their quest to own their narrative one of sisters doing it for themselves. Their debut album, Leave Me Alone has received major praise from NPR, Rolling Stone, The New Yorker, as well as appearances on Late Night with Stephen Colbert.