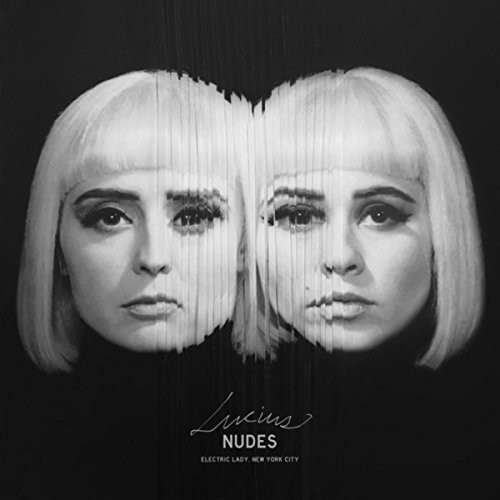 (Please call first)
DISC: 1
1. Woman
2. Right Down The Line
3. Tempest
4. Something About You
5. Neighbors
6. Eventually
7. Until We Get There
8. Million Dollar Secret (featuring Nels Cline)
9. Feels Like A Curse
10. Goodnight Irene (featuring Roger Waters)

Lucius is releasing a fully-acoustic record, NUDES, to be announced on January 19th and released on March 2nd. This 10-song album is a collection of reimagined fan favorites including Until We Get There and Tempest, as well as several new songs and covers, all recorded at the famed Electric Lady Studios. The album features guests Nels Cline (Wilco) and Roger Waters and includes covers of songs originally recorded by Gerry Rafferty and Tame Impala.

Amidst nearly every performance over the past few years, we’ve had the opportunity to strip away everything - be it at the center of the crowd, on stage around one microphone, or in tiny, unexpected rooms around the world - all in an effort to share and create an intimate, heartfelt connection with our audience. It is these moments that have inspired our newest recording project, NUDES. Recorded over two days at New York’s legendary Electric Lady Studios, NUDES is a collection of acoustic songs: new, from our back catalog - reimagined, and covers we’ve always wanted to record. It is a record paying homage to what has been... and a hint at what’s to come.