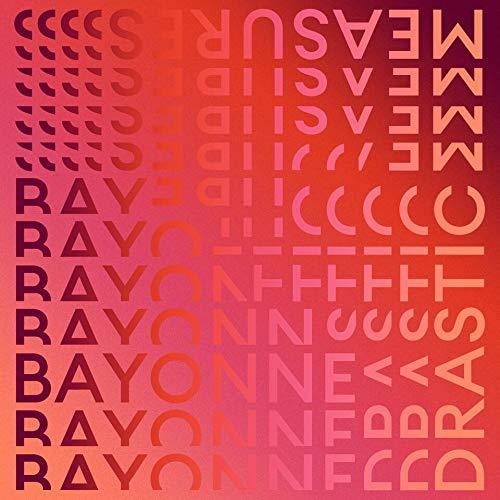 Each song on Bayonne's Drastic Measures is orchestral in texture, unfolding in countless layers and kaleidoscopic tones. With great intensity of detail, the Austin-based artist otherwise known as Roger Sellers deepens that sonic complexity by weaving in elegantly warped samples of the field recordings he's gathered for over a decade. But in its powerful melodies and pristine arrangements, Drastic Measures ultimately bears a pure pop lucidity even in its most grandiose moments. Throughout the album, Sellers matches his bursts of experimentation with the graceful piano playing he's honed since he was a little kid. By his early 20s he'd discovered minimalist composers like Steve Reich and Terry Reilly, which led him to infuse an atmospheric, ethereal quality into much of his work. With the release of Primitives in spring 2016, Sellers adopted the moniker of Bayonne as a way to distinguish his more electronically crafted output from his other musical projects. I'd been playing a lot of shows with a very folk-based set, so using a different name was a way to separate those two personalities, he explains. In bringing Drastic Measures to life, Sellers merged his increasingly classic-pop-inspired sensibilities with a production approach closely focused on looping, layering, and overdubbing. Even if you hear something simple like clapping or finger snaps, it's probably layered 10 or 20 times, he says. I just like to stack and layer everything to get these big sounds, and create a really wide sonic space within the songs.