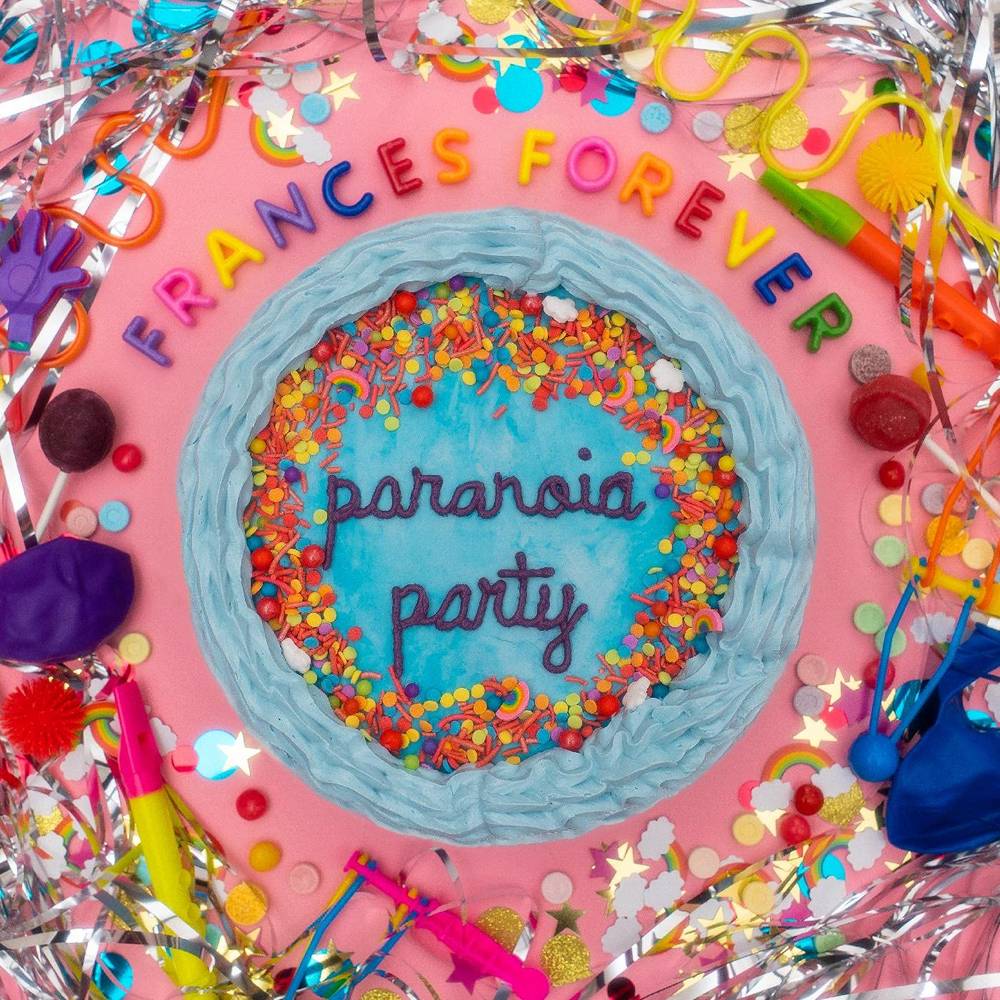 Frances Forever can spin anything into sunshine. As the project of Boston-area singer-songwriter Frances Garrett, its myriad moods can send listeners reeling into romance or off floating in existential space. Garrett balances their familiarity with extremes with an undeniable ear for melody and a gift for writing tracks that could live at home anywhere on the pop timeline. paranoia party, the project's first EP in the wake of TikTok explosion 'space girl,' rockets forward with the past half-century of radio magic in its back pocket. Atop this glitter-shocked display, Garrett spills their guts about fumbling their own power. Take one listen to 'space girl,' Frances' latest charmer of a single that's rocketing up indie charts and TikTok counts despite a disaster mission of a year. The track continues to grow, with 80MM+ streams globally, 57 Viral Spotify Charts, 265k average daily streams, and over 535 million video views and 500k videos created on Tik Tok. Frances Forever has been hotly tipped as one of the top artists to watch in 2021: featured in lists by Rolling Stone, SPIN, Amazon Music, GQ UK, Uproxx, and recently named as one of Pigeons & Planes best new artists. paranoia party further seals their fate as a breakout act, showing off Frances Forever's mastery of vintage texture and 2021 attention spans in equal measure. From the doo-wop glaze of opener 'depression' to the horn-flecked indietronica of 'daytime,' paranoia party carves its identity from stopovers in darker, braver territory. Those enchanted by 'space girl' have plenty to root for, though, as the EP's title track serves as its boldest mission statement, stacking a story of college-party anxiety against a circus-tent waltz that glitches and stutters in line with Garrett's narrative confidence.