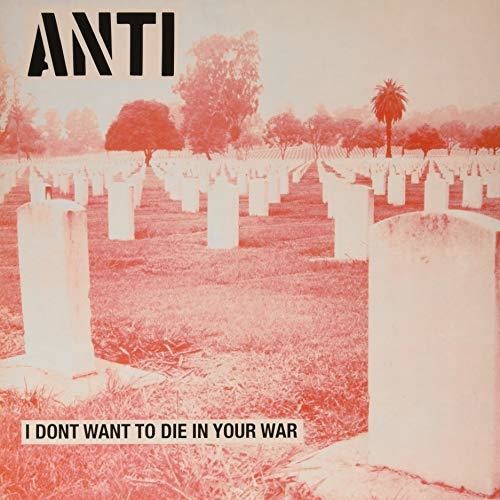 I Don't Want to Die in Your War
Artist: Anti
Format: Vinyl
Vinyl

Part of the late '70s/early '80s HC/punk explosion out of the Los Angeles area, where bands like Black Flag, Circle Jerks, Minutemen, and Bad Religion originated from, ANTI formed in 1979 by a then teenage Danny Phillips, better known as Danny Dean, who was the bassist / guitarist and first original vocalist, primary songwriter, and sole continuous member throughout multiple lineup changes during the past 40 years. Their 1982 debut album, I Don't Want To Die In Your War, was recorded and mixed by legendary producer and sound engineer for Black Flag and Descendents, SPOT. It is a major example of California Hardcore from the early 80's. Despite having been completely underrated, ANTI's 1982 debut paved the way for a lot of California punk to come. Available again for the first time after almost four decades on it's original format, with it's original artwork and complete with insert thanks to Radiation Records.