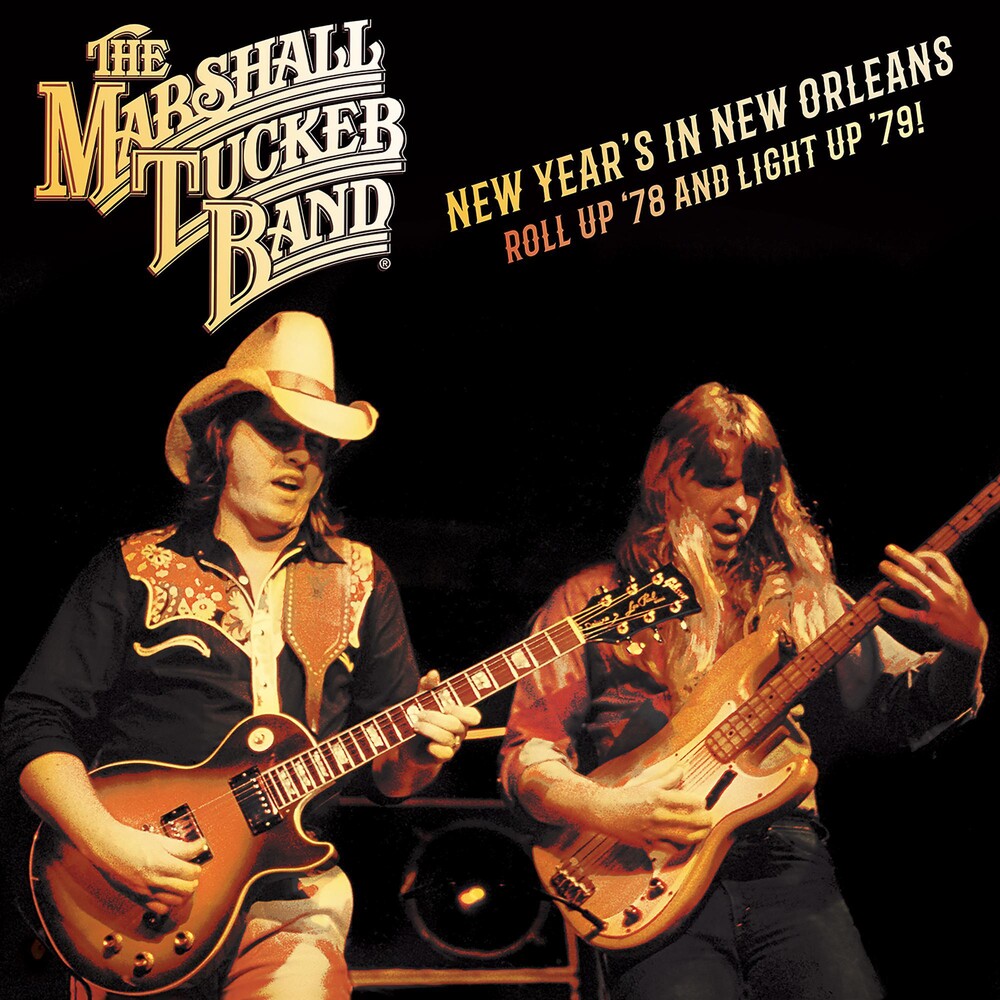 “Let’s show the people coast to coast that we here in New Orleans can party! Are you ready to roll ’78 and light up 79?!” announces the boisterous (and probably slightly buzzed) emcee introducing The Marshall Tucker Band to the tight-knit community of joint-passing, beer-cheersing rock ‘n’ rolling regulars at The Warehouse, New Orleans’ legendary 1970s music hall. Not only would the audience of 2,000+ longhairs enjoy the New Year’s Eve concert that night, but so would a huge audience of radio listeners rockin’ in simulcast nationwide. The emcee claimed that this was the largest radio audience ever to hear a broadcast and at the time, it probably was. The band elevated themselves to the occasion and delivered an absolutely smokin’ performance of what were already their most memorable and cherished hits.
• Sourced from the original 24-track tapes
• Mixed in Macon, Georgia in 2019 by Paul Hornsby, the original Capricorn Records producer who recorded and produced their first six gold and platinum albums.
• Featuring never before published photos by The Warehouse’s photographer, Sidney Smith, plus images of archival documents form the recording engineers.