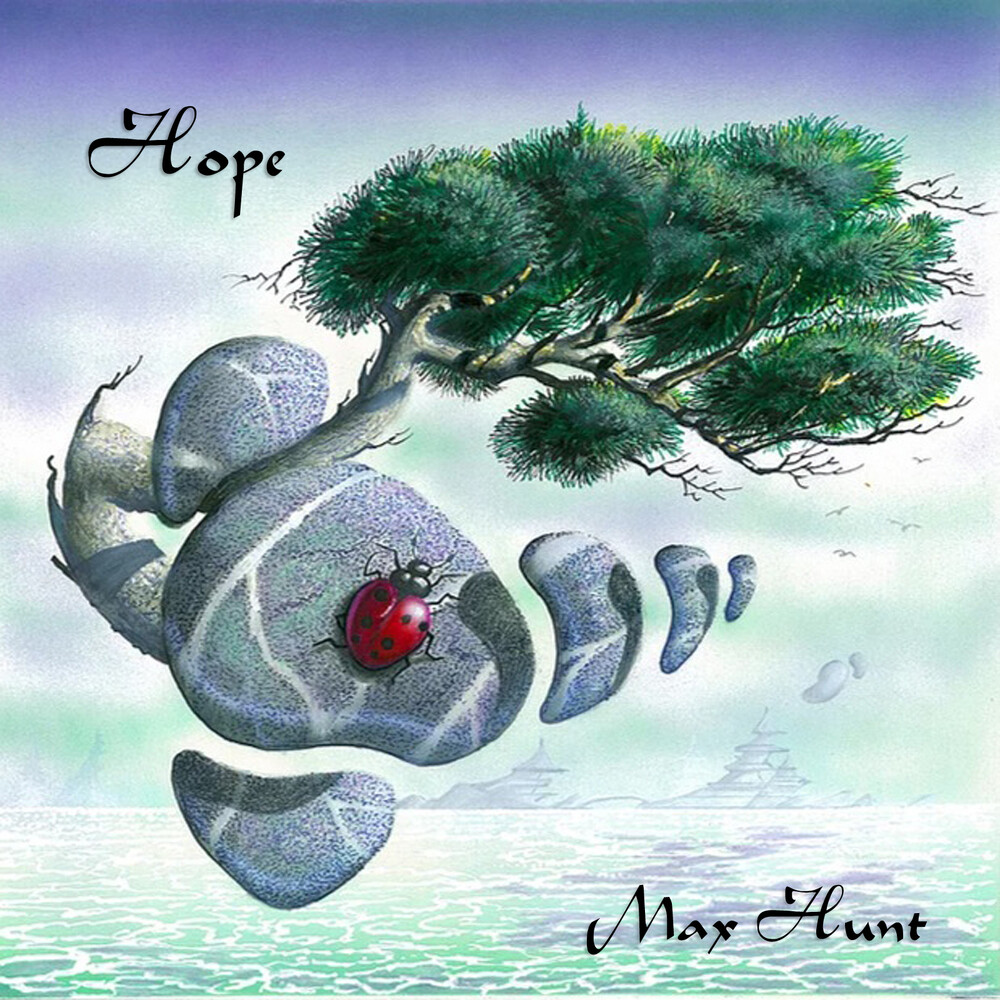 This is Max Hunt's first official solo release of song based material. 'Hope' was created during the lock-down period of 2020/21. With all live shows with well known German rock guitarist Siggi Schwarz and other live acts in Germany having been cancelled and all social interaction having been prohibited, Max worked on his own in the studio for many months on this release. Max performs all instruments on the album and sings lead and backing vocals. Gerlinde Hunt sings additional backing vocals on 3 tracks. Instruments featured on the album include: keyboards, bass guitar, acoustic & electric guitars, lap-steel, lap-harp and various percussion instruments. The album comprises approx. 1h 7m of new music, including Progressive Rock, Space Rock and New Age ideas developed in the past and present, including previously unpublished material that was first written during sessions for Jon Anderson and Fish.