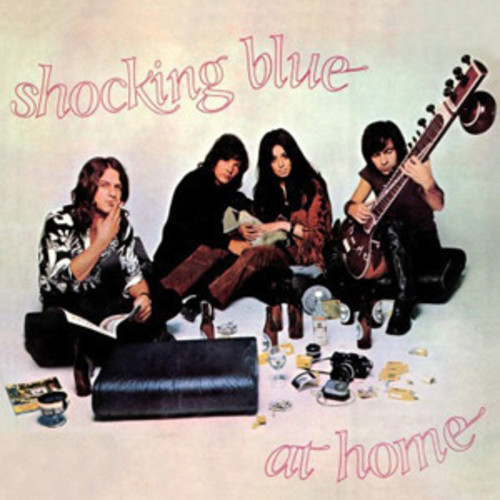 Shocking Blue was a Dutch rockband from The Hague that was at their peak in the 60s and 70s and gained major cross-Atlantic success. The band was founded in 1967 and after recruiting vocalist Mariska Veres they soon became huge. With their single "Venus" they became the first Dutch band ever to reach the first spot on the American Billboard Hot 100. The band had a series of subsequent hits but decided to call it a day in 1975. Their influence reached well beyond their generation: even bands like Nirvana and The Prodigy used Shocking Blue's "Love Buzz". At Home contains both "Venus" as well as "Love Buzz". Furthermore this legendary album features 4 bonus tracks that were previously available as b-sides on various long out of print 45s. In celebration of Record Store Day 2017, the album is pressed on coloured vinyl for the first time ever. The worldwide imited edition of 2500 individually numbered copies is pressed on “Shocking Blue” coloured vinyl.