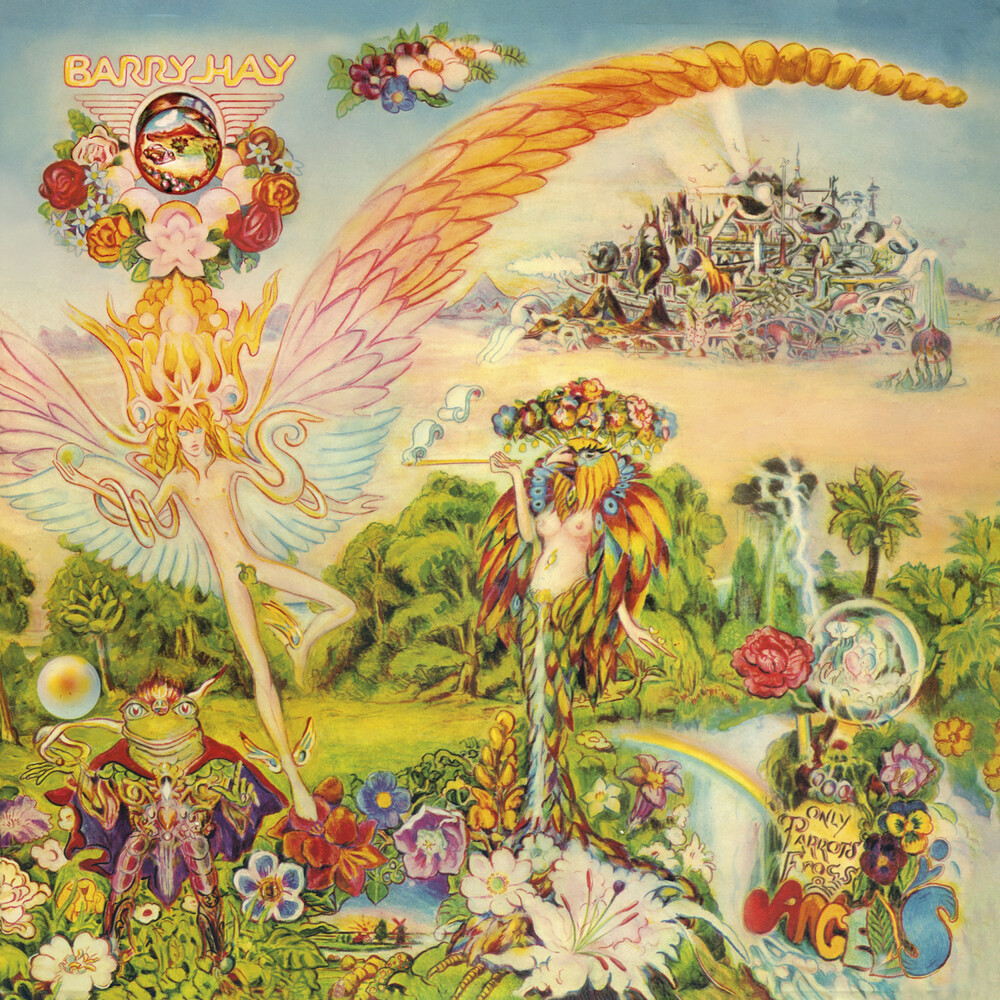 Reissue of Golden Earring singer Barry Hay's first solo album from 1972, remastered for the first time from the original Phonogram Studio master tapes, includes liner notes by Barry Hay, and an 8-page booklet and a foldout poster featuring the original album artwork. In between the Golden Earring albums Seven Tears and Together, guitarist George Kooymans and singer Barry Hay both worked on solo material. Hay's album was released in April 1972 as Only Parrots, Frogs & Angels. It was the result of a sparkling recording session at the Phonogram Studio in Hilversum, where he recorded a collection of songs with some of the best Dutch session musicians - among singer Patricia Paay, keyboardist Robert Jan Stips (Supersister) en violist/comedian Herman van Veen. The original foldout cover - including a button - was designed by Bob Lens, based on a idea that Hay had. "I had this dream, and it was kinda scary. The image I could remember best, was of this city on fire at the horizon and in the forefront a bunch of shabby escapees: a damaged angel, a shady burlesque parrot on high heels and a frog prince leading the way to a brighter future." Over the years Only Parrots, Frogs & Angels achieved a cult status for which collectors were willing to pay big money - especially when the button was fully intact! For this reissue, Barry Hay tells the whole story about the making of the album in the 8-page booklet. The cover design of Bob Lens and Barry Hay has been included as a two-sided foldout replica poster. The album has been remastered for the first time from the original Phonogram Studio master tapes - recently unearthed from the Red Bullet archives.