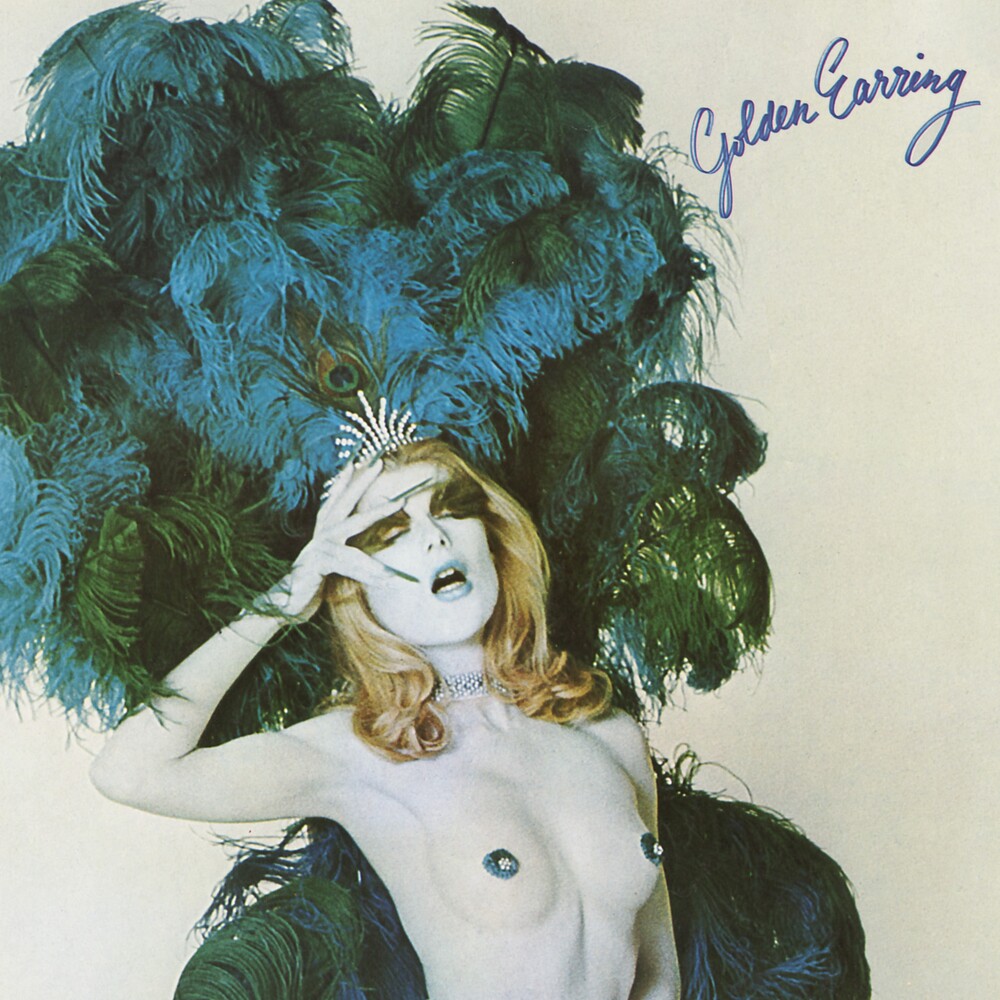 New expanded edition of the 1973 classic Golden Earring album, featuring the worldwide hit Radar Love, remastered for the first time ever from the first-generation master tapes. Features 9 previously unreleased mixes/different versions, 6 bonus tracks, including Big Tree, Blue Sea (1973 version) and Instant Poetry, and includes a 32-page booklet with a new essay, memorabilia, and photos. Founded in 1961 by George Kooymans and Rinus Gerritsen, Dutch rock band Golden Earring (or Golden Earring's, until 1969) started off as a beatband, experimented as a psychedelic quartet and finally became a heavy rock group. Their ninth album Moontan (1973) hit the international album charts and is the band's most successful album in the United States, being the only Golden Earring album to be certified Gold by the RIAA. The single Radar Love reached #10 on the Cash Box Top 100 and #13 in Billboard in the United States. It also hit the Top 10 in many countries - including The Netherlands (#1), Spain (#1), Germany (#5), United Kingdom (#7), Canada (#10) and Australia (#10) - and consequently became a bonafide international classic rock song. In June 2020, the original mastertapes of this classic album were unearthed for a long-awaited remastered edition - 48 years after it's original release. Alongside a fresh remaster from the IBC Studios first-generation album masters, six bonus tracks have been added, including the 1973 remake of Big Tree, Blue Sea that was added to the UK and US editions of the original album, the original single versions of Radar Love and Candy's Going Bad, the B-side The Song Is Over and the 1974 single Instant Poetry. In addition, a second CD entitled The Moontan Sessions features nine previously unreleased mixes/different versions that give insight into the whole production process of the album. Taken from a variety of archive tapes, these include the original basic recordings of Radar Love, The Song Is Over, Are You Receiving Me and Vanilla Queen, taped in early 1973 at Phonogram Studios in Hilversum (The Netherlands), which were overdubbed and finished at London's IBC Studios in July 1973. All tracks have been 24 bit/192 kHz remastered from the original mastertapes.