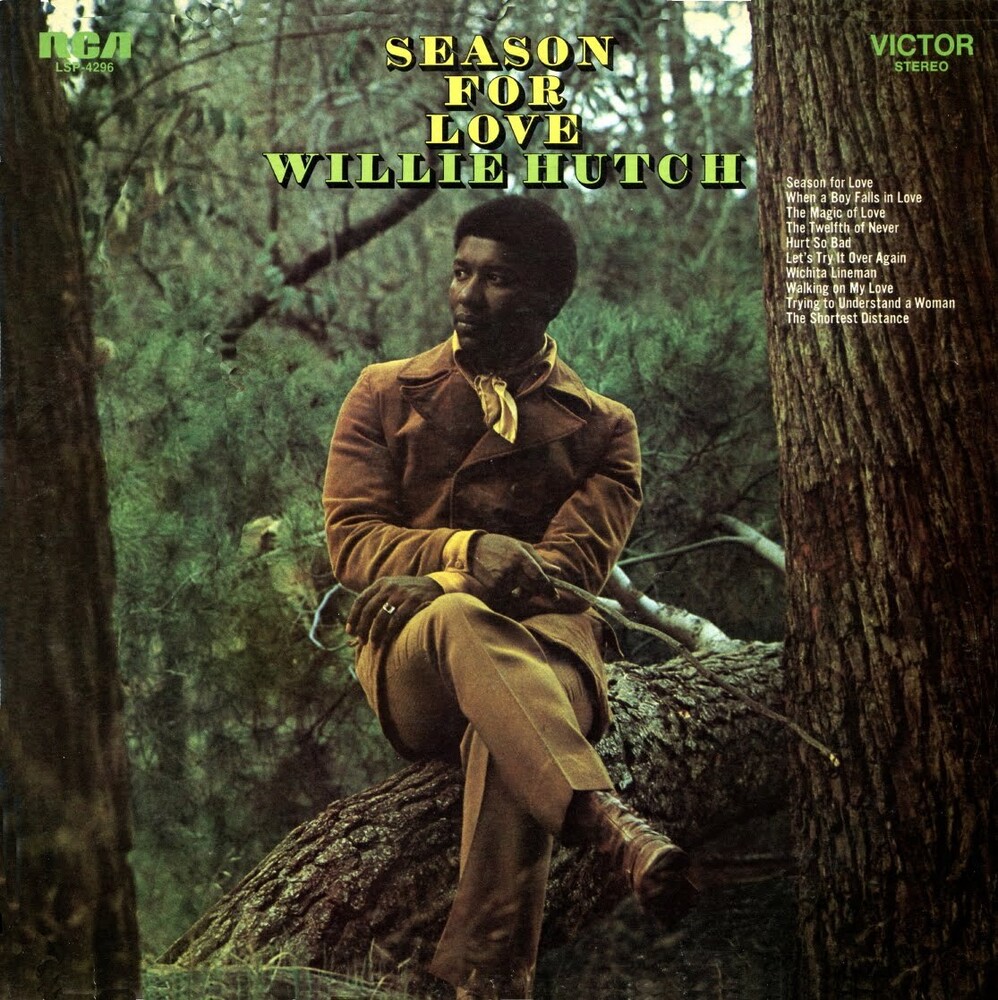 Limited 180gm vinyl LP pressing. A monumental force firmly rooted in the soul canon, Willie Hutch is most notable for recording two of the best Blaxploitation soundtracks, The Mack and Foxy Brown. Yet his legacy is much greater. Outside of Marvin Gaye, Stevie Wonder and Smokey Robinson, Hutch was arguably Motown's top male solo artist of the '70s. Prior to his association with Gordy et al, Hutch crafted his opening statements for RCA. Often-overlooked, his second album Season For Love (1970) is a must for all deep soul fans and has been sought-after by collectors of different stripes for decades. Whereas his debut featured thundering, gritty numbers, Hutch treats us to a mellower soul here - sumptuous, warm and string-led. He compared his approach to that of Otis Redding and there are definite parallels; from the raspy, rough-hewn vocals that tend to roam between sweet and deeply impassioned to the horn-heavy, emphatic sonic backdrops. With flawless originals presented alongside a few well-chosen classics (his stunning cover of "Wichita Lineman" arguably bests the original's splendor), it's easy to see why sample-based musicians have been falling over themselves to plunder from this album. Witness the sweeping strings that grace "The Magic Of Love" and the heartbreaking "Walking On My Love"; the mellifluous guitar work on the contemplative instrumental "The Shortest Distance" and gorgeous single "When A Boy Falls In Love". Whilst the arrangements and playing are subtly jaw-dropping throughout, Hutch's uncontrived voice has a certain warmth to match a Nat "King" Cole and a purity of tone that even recalls the great Sam Cooke. Indeed, a few numbers are almost in a jazz vocal territory reminiscent of artists Lou Rawls. That's not to say that others lack the righteous energy and undeniable groove of Willie's later sound. Remarkably consistent throughout - a rare commodity for many '70s soul albums - the lack of one signature song likely hindered it's progress. Regardless, it deserved to make more of an impact.