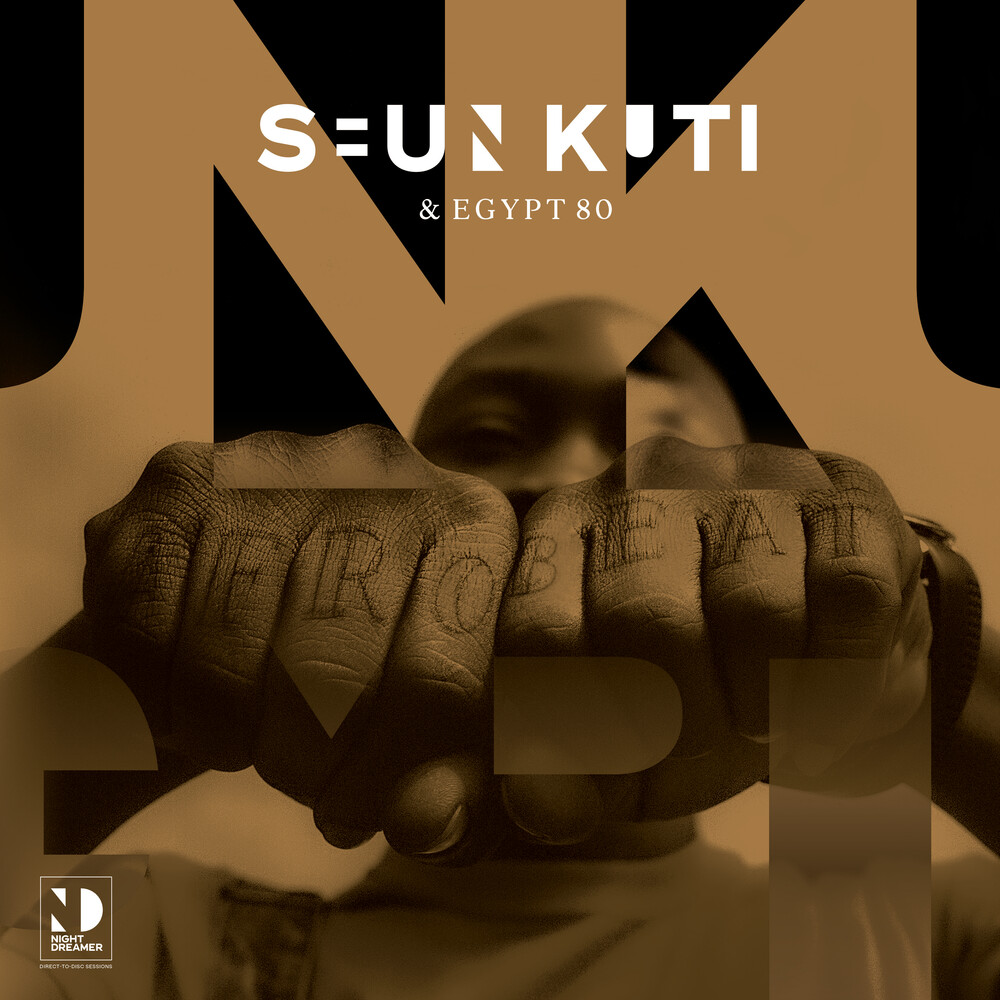 'The system says we're different but the struggle makes us one'... utters Nigerian political activist, singer and saxophonist Seun Kuti, at the beginning of the session for the track entitled 'Struggle Sounds', which like all the tracks on his session, are Night Dreamer D2D versions of those recorded on his last LP, Black Times. Seun and Egypt 80 took a day to acclimatise to the recording process, to sound check levels, and perform a few test cuts, with Seun a central figure throughout, orchestrating the band with the assurance of his father, Fela Kuti. Playing without the safety of multiple takes, Seun and Egypt 80 cut all four tracks (two per side) in a single take without rehearsal on the second day and starting the recordings just minutes after Seun walked into the studio yet with all the focus and relaxation of a band in the middle of a world tour. The recordings were cut to the studio's Neumann VMS70 lathe, capturing not just the urgency of the performance but the atmosphere of the session itself, with all it's imperfections. The final result is a snapshot of a legendary outfit at the top of their game.