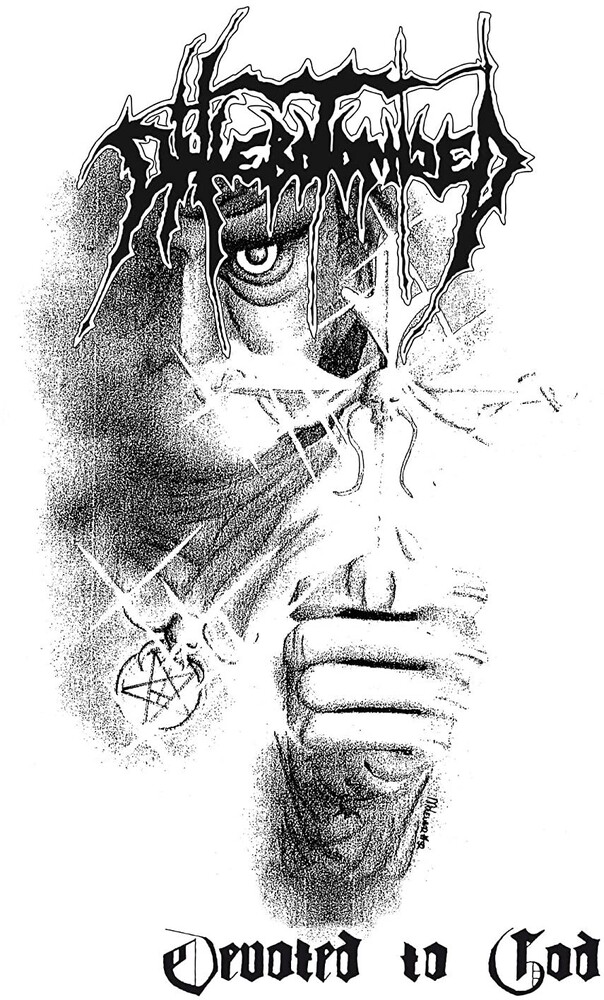 Napalm Records - Phlebotomized - Devoted to God - Phlebotomized is one of those bands that takes hold of it's listener and invites a great deal of attention. They were and still are a very strange musical group that was quite honestly ahead of their time. This limited edition reisue contains their demo "Devoted to God" as it was released in 1992. It is a crushing and unique release that should be checked out by the band's fans and newcomers both alike. For listeners who are familiar with Phlebotomized and are looking for more material to listen to, this release sounds much closer to "Immense Intense Suspense" than to "Skycontact" which should come as no surprise due to it's chronological date of release. What makes it different is that the production is of a different quality than those two masterpieces and the fact that there is little to no violin. Instead, a keyboard fills in where the listener would expect a violin if it was "Immense Intense Suspense".