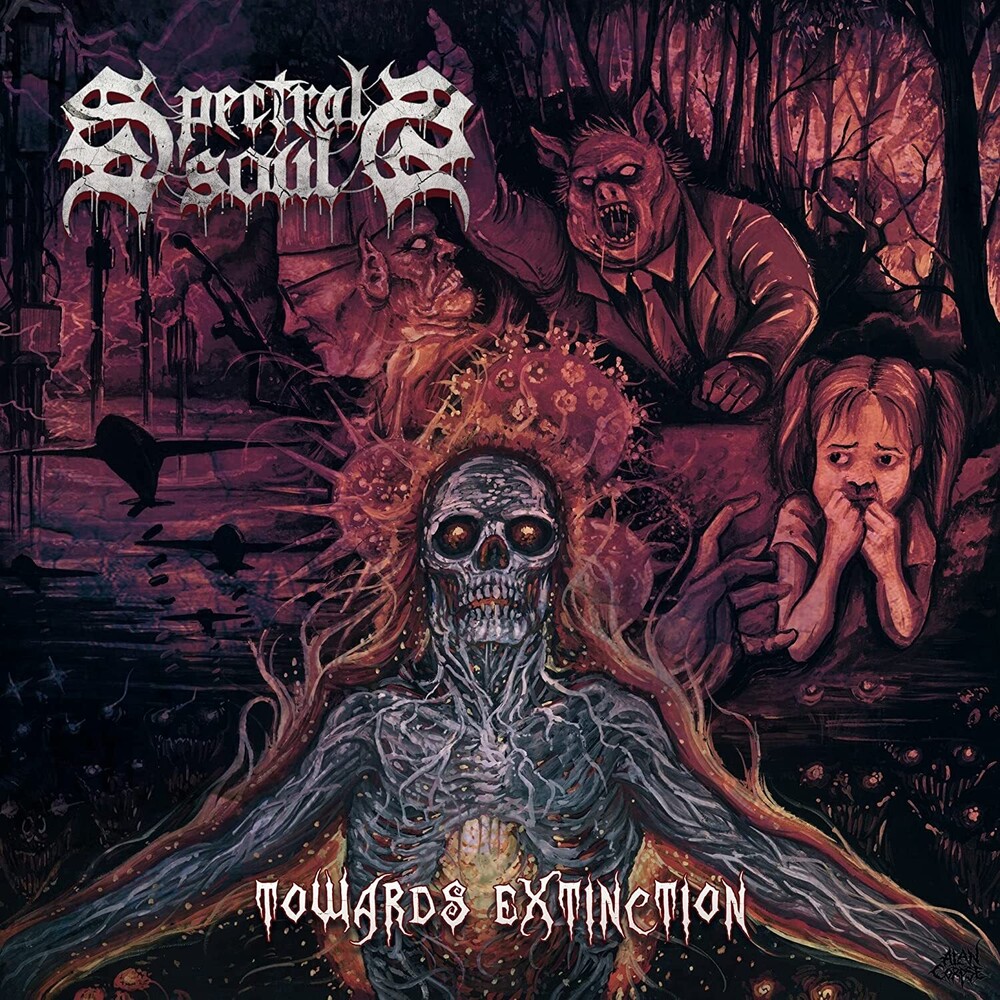 DISC: 1
1. O More God for Me
2. No Hope Humanity
3. FNCK the World
4. Ego Man
5. Scum Politic
6. Towards Extinction
7. One Step Away from Extinction
8. Crystal Generation
9. Major Depressive Disorder
10. Misanthropy
11. Behind the Lying Glass

Death fucking Metal from Peru! A nuclear detonation of shredding and unbridled aggression!

Spectral Souls was born in the beginning of 2019 in Lima, Peru, and from the beginning the idea was to work within the Old School Death Metal genre, going back and being inspired by the late 80's and early 90's bands and classic albums.

During 2019 the band continued with the composition process and did it the first concert in mid 2019. At the beginning of 2020 and during the pandemic, the recording process of the first album "Towards Extinction" began at the Giovani Lama Studios. Because of the pandemic situation with government lockdowns and other obstacles, the recording took longer than expected, but luckily, after almost a year and a half of hard work, it was completed.

The album contains 11 songs, in which different aspects within the old school Death Metal sound are explored, thus giving a sensation of interesting dynamics. The theme of the album is inspired by the humanity's capacity for self-destruction, exploring the misery of man and his great enemies, such as religion, politics and social networks.