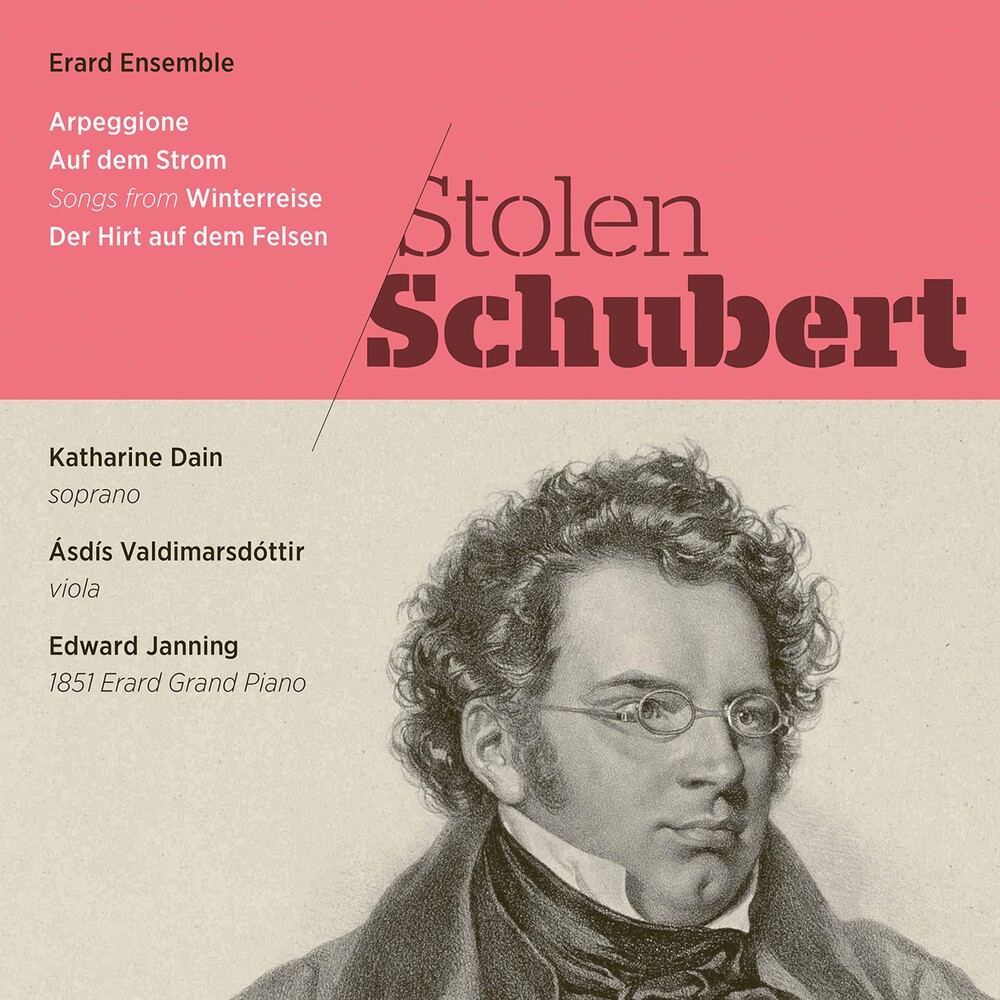 To anyone who plays chamber music of any sort Schubert's music is a wonderful world to enter. It lifts our spirit to a dreamlike state of awe that is quite unique, with it's sweeping long lines and pure poetry. The masterpieces on this album were 'Stolen' from Schubert's original instrumentation. Start with the Arpeggione sonata, originally written for the 'Arpeggione', a bowed instrument with six strings and frets, tuned like a guitar but played like a gamba. But here, it is played on the viola (with gut strings) and an Erard piano (1851). The mellow timbre of the Erard removes any struggle for balance and wonderfully compliments the warmth of the viola sound. Schubert wrote an immense amount of Lieder; songs for voice and piano. Only two of them are written for voice and piano with an extra instrument; 'Hirt auf dem Felsen' with clarinet and 'Auf dem Strom' with French horn. Since both of these instruments have a similar range to the viola, Asdís Valdimarsdóttir decided to steal them both for her instrument, the viola. It may seem rather audacious to attempt to play the vocal part of any of Schubert's iconic Lieder on the viola, however 'Die Winterreise' is so strong on it's own; it can have a life without the text. Please listen and then judge.