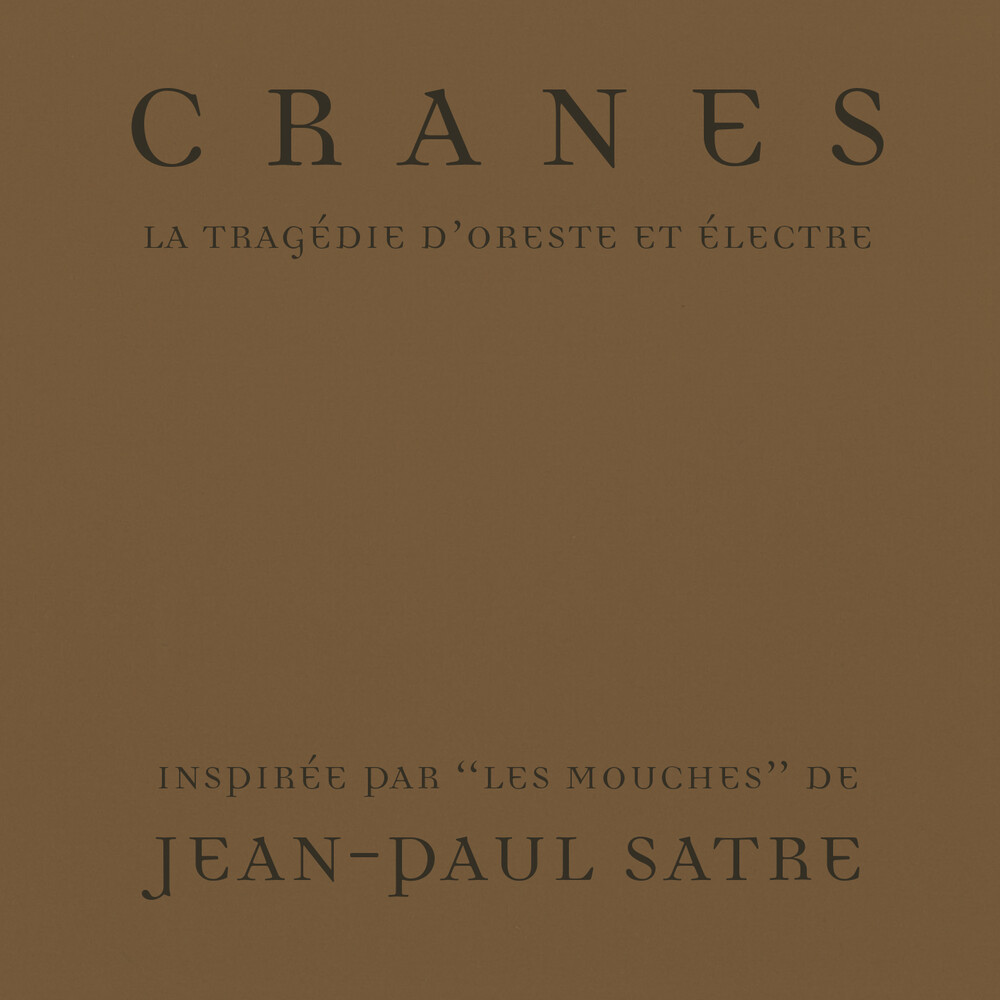 The Cranes were formed by brother Jim Shaw (drums) and sister Alison Shaw (vocals) in 1988 in Portsmouth, England. The Cranes have been tagged with more than their share of inaccurate labels over the years, such as "Gothic", "Ethereal" and even "Industrial", but just as often, they are more accurately described as a band with a furiously creative drive which allows even their simplest songs to sound beautifully honest and original. The play (The Flies (French: Les Mouches) is a play by Jean-Paul Sartre, produced in 1943) on this album starts with a crushing evil-sounding wall of bass, then contrasted with a high-pitched sometimes hopeful, sometimes frightened, faerie voice. 'La Tragédie D'Oreste Et Électre' is the story of Orestes and his sister Électra in their quest to avenge the death of their father Agamemnon.